DAK TO MEMORIES
Landmarks around the Dak To airfield,
Airfield Overview,
and Dak To area map 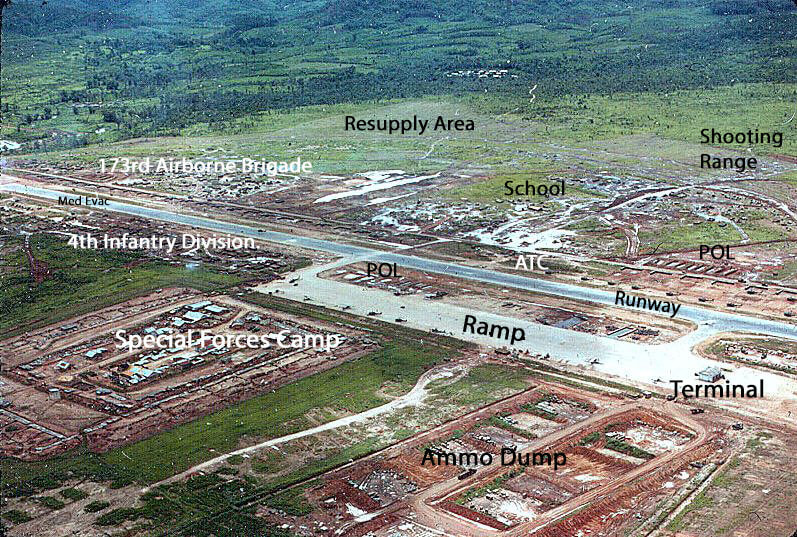 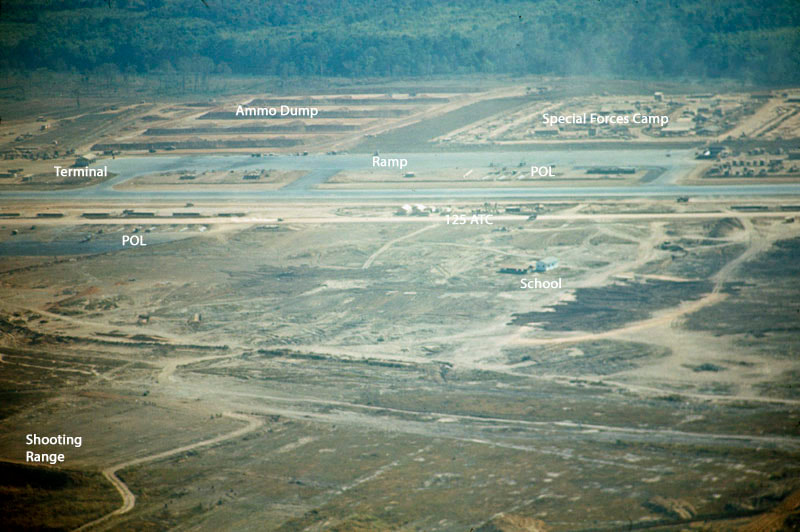 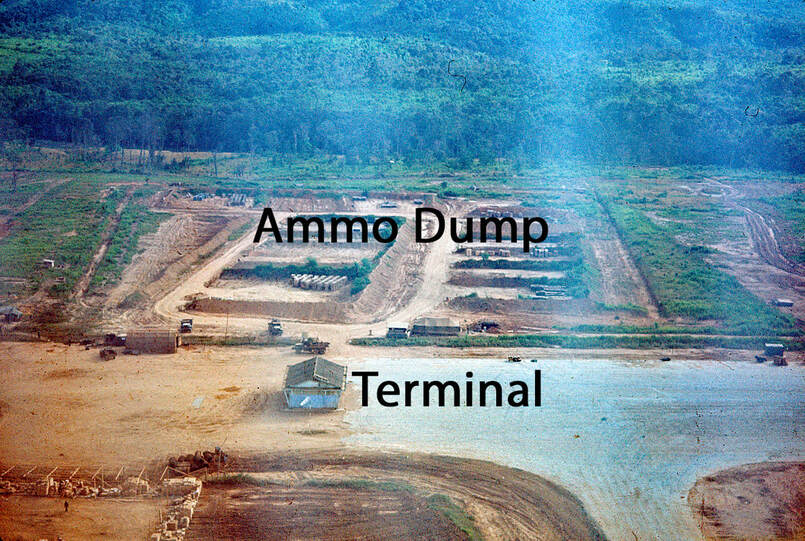 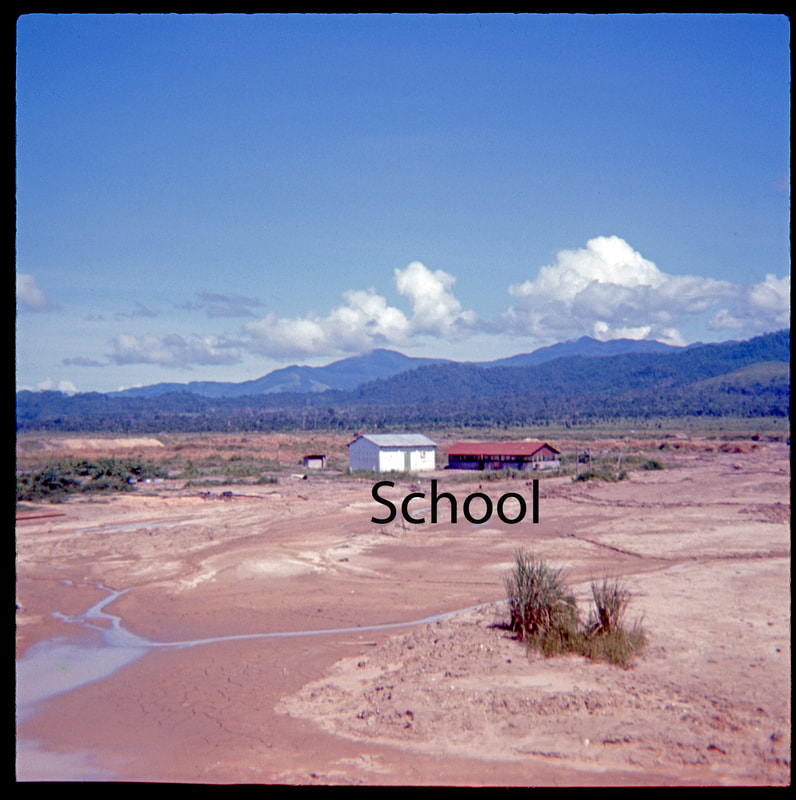 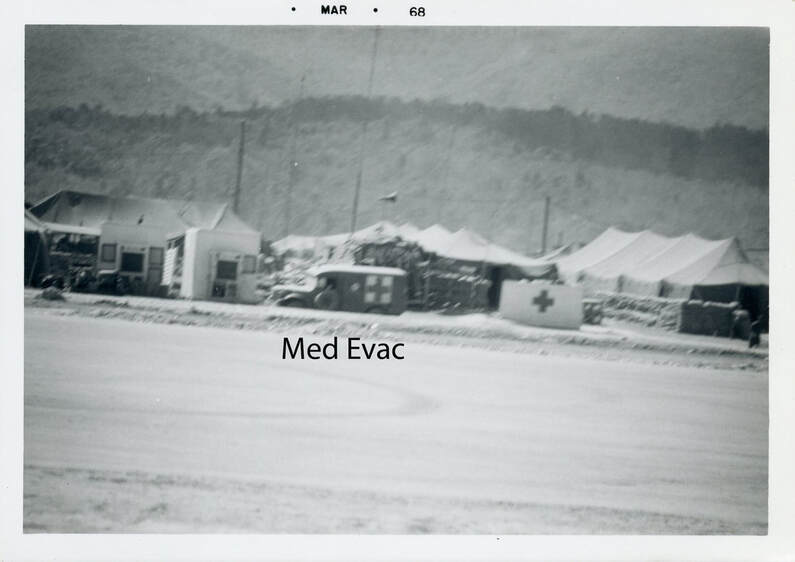 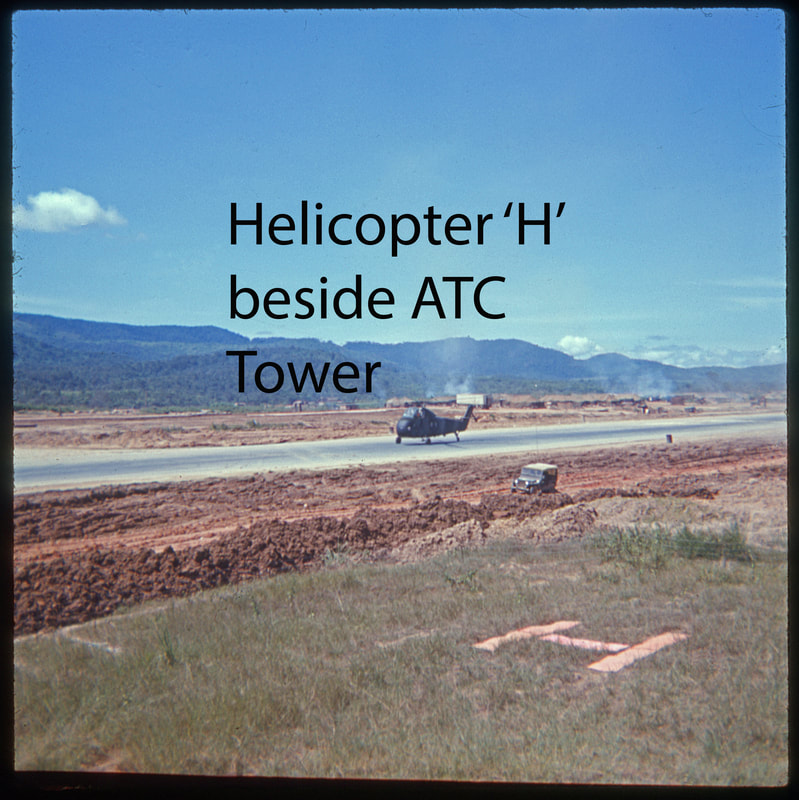 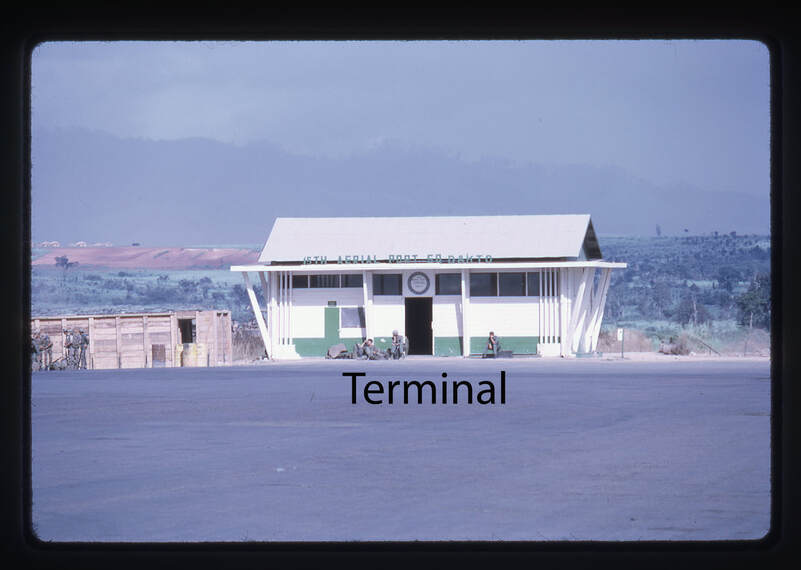 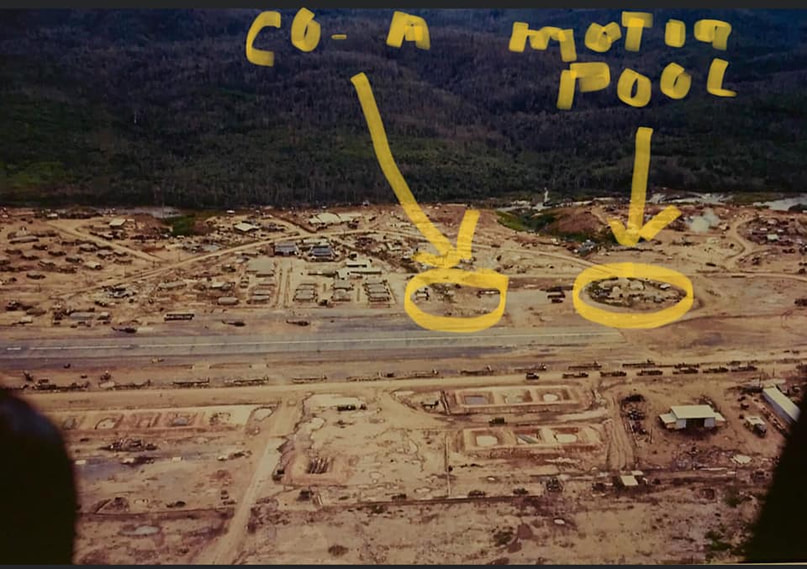 These following photos of the airfield were found on Google Earth's photo layer, and elsewhere on the web.  Some of these are from before Operation Greeley / MacArthur.  Photo ownership is shown when possible. 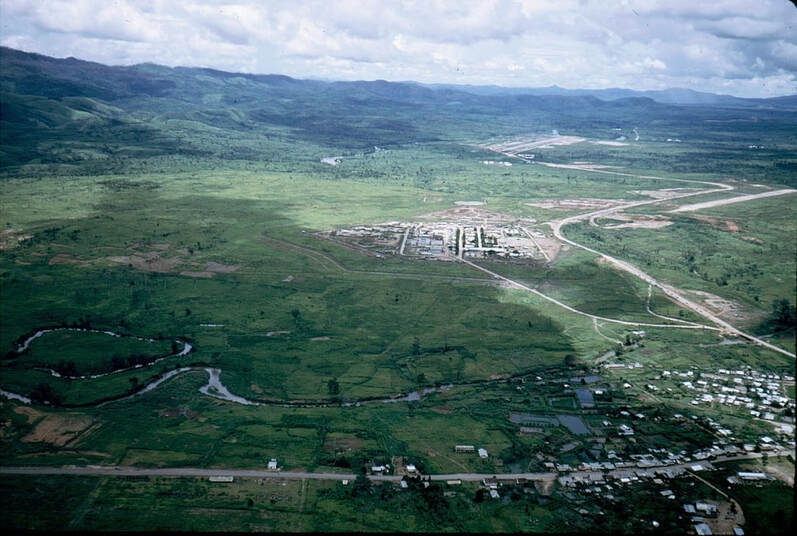 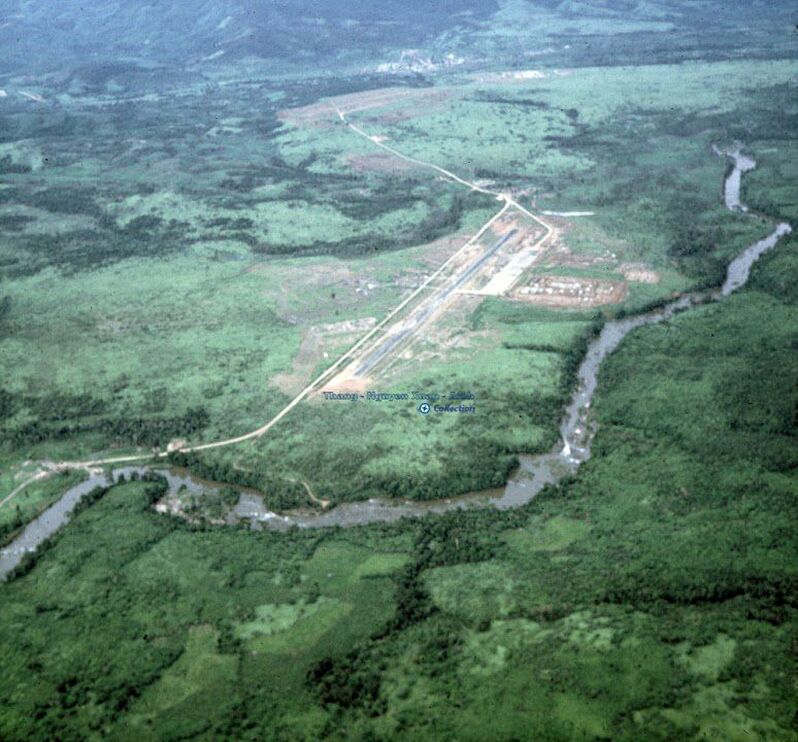 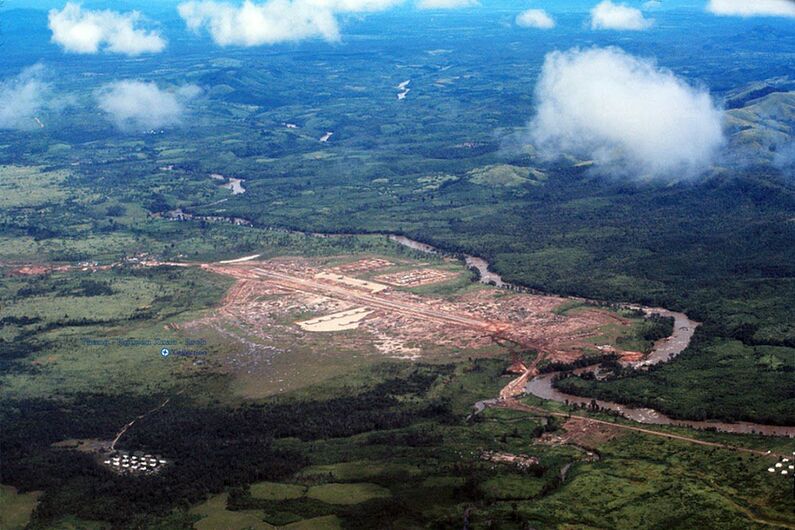 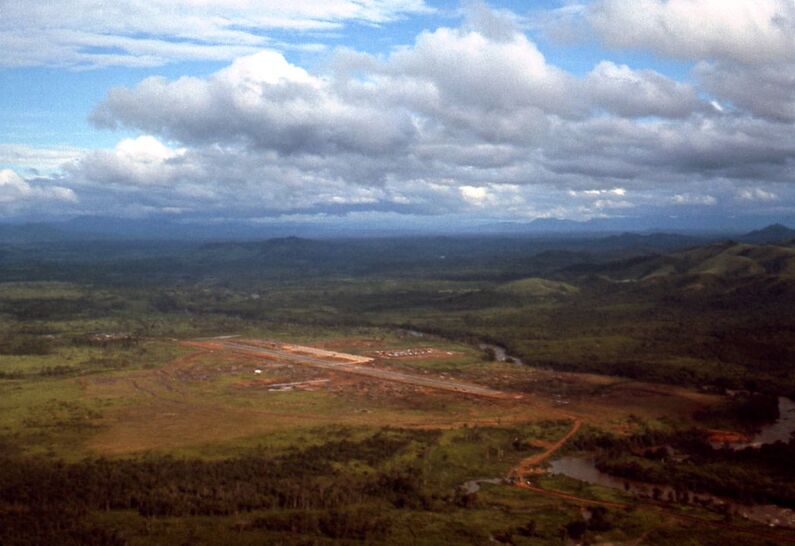 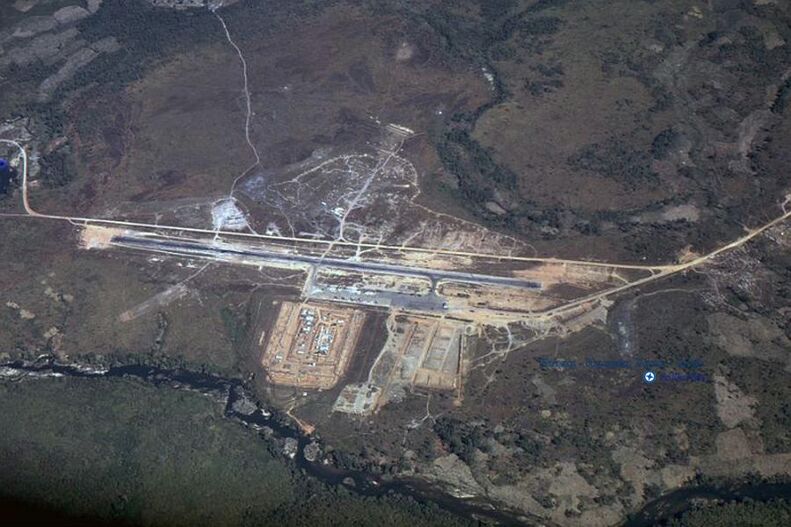 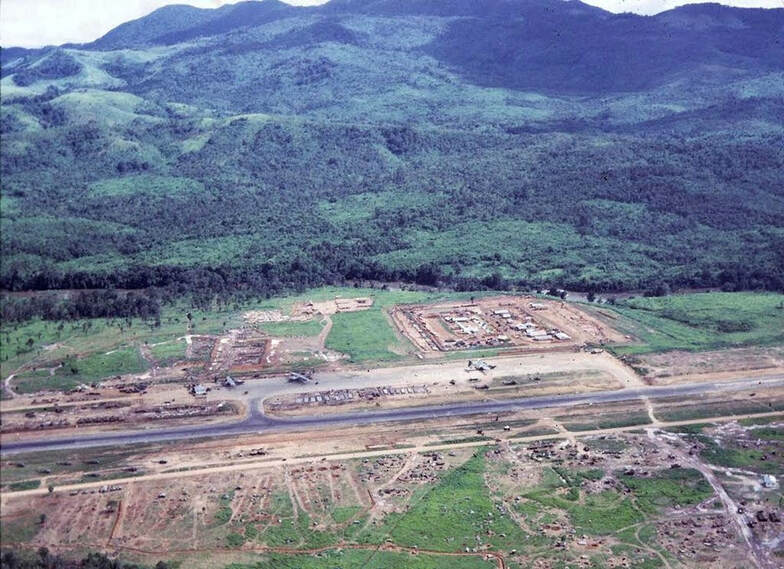 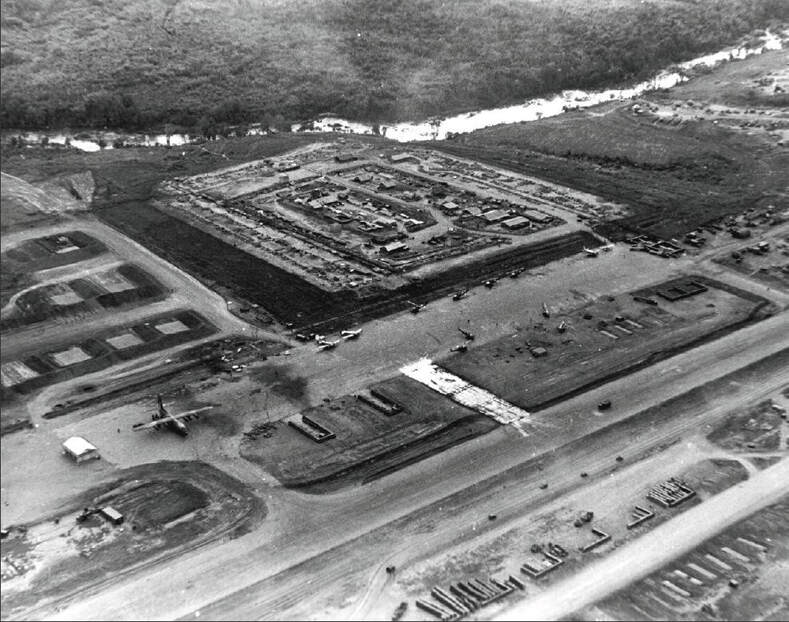 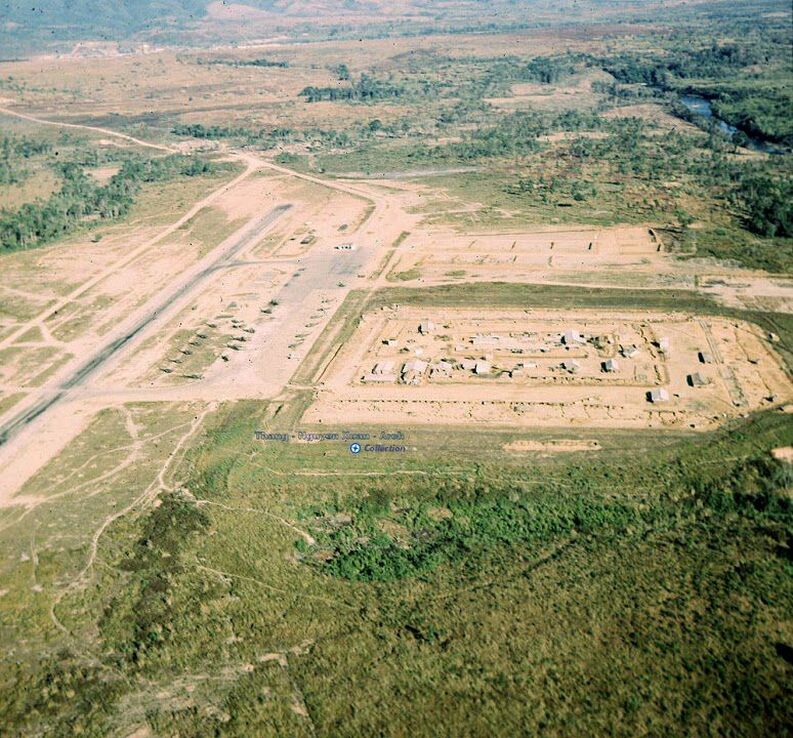 Nguyen Xuan / Will Miller 1966-1967 - calls the airfield "Phoenix". Must be from a previous operation (Hawthorne?) 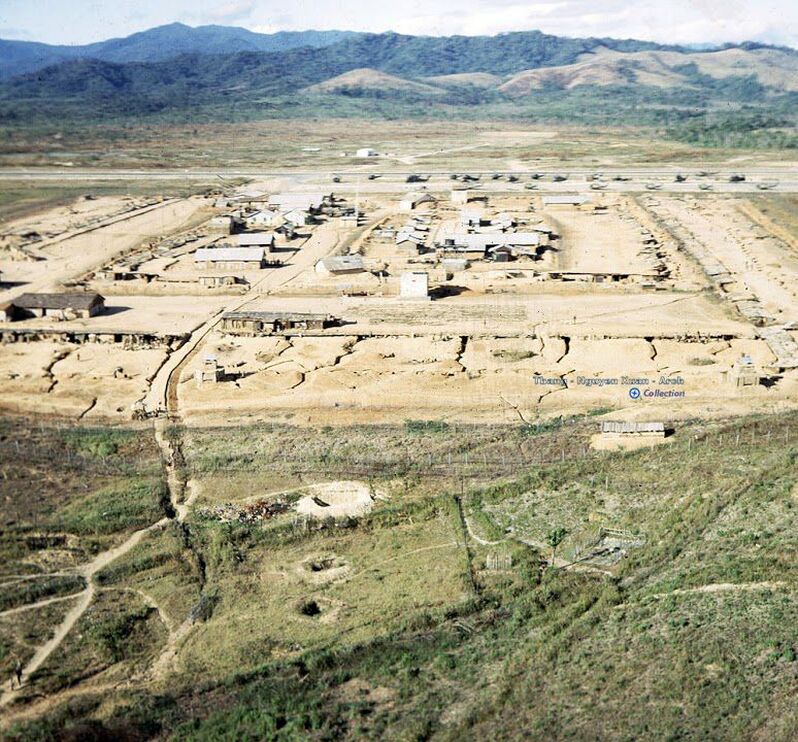 Nguyen Xuan / Will Miller 1966-1967 - Special Forces A camp, looking north, towards the runway. Notice the school building at top. 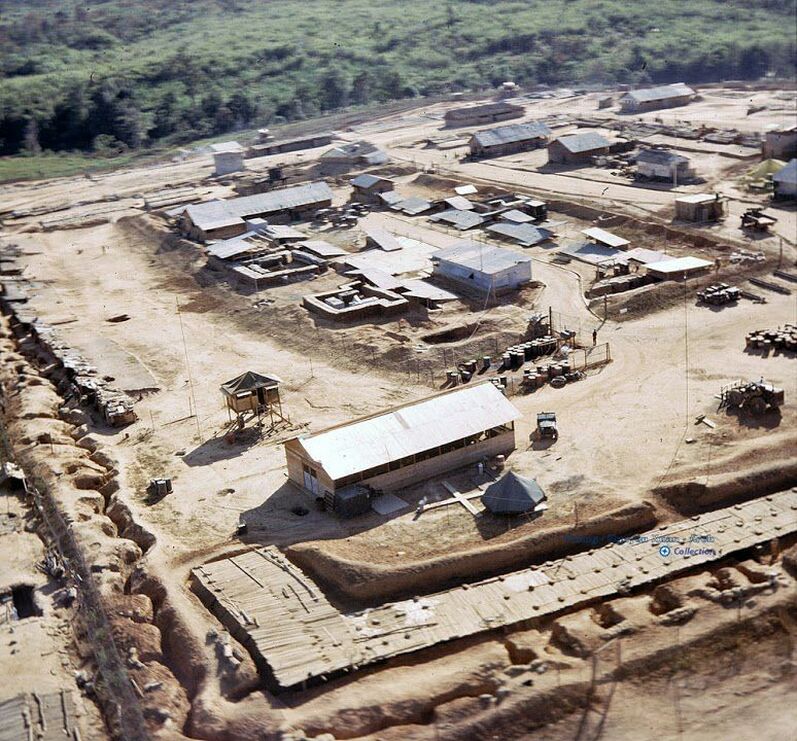 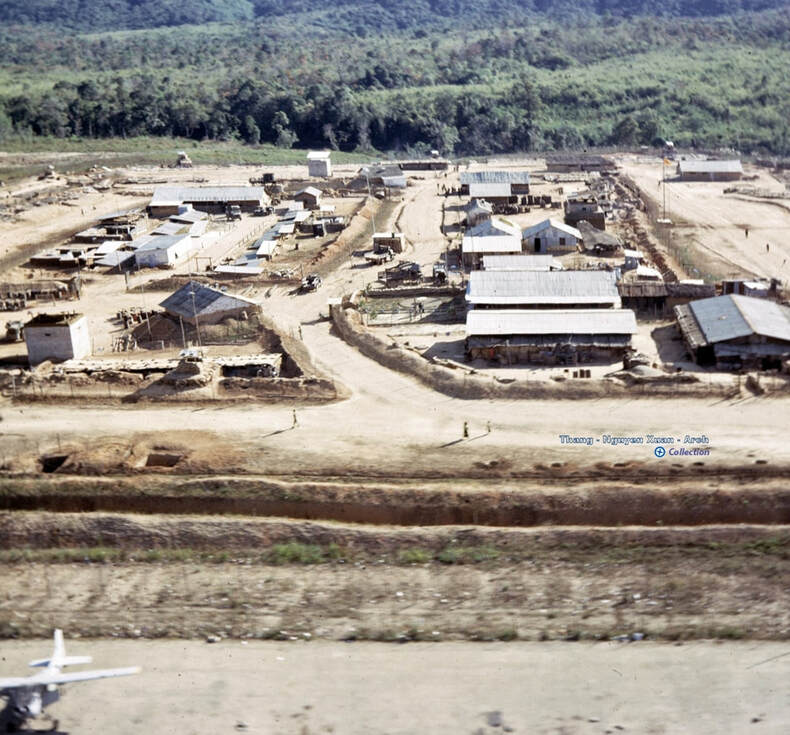 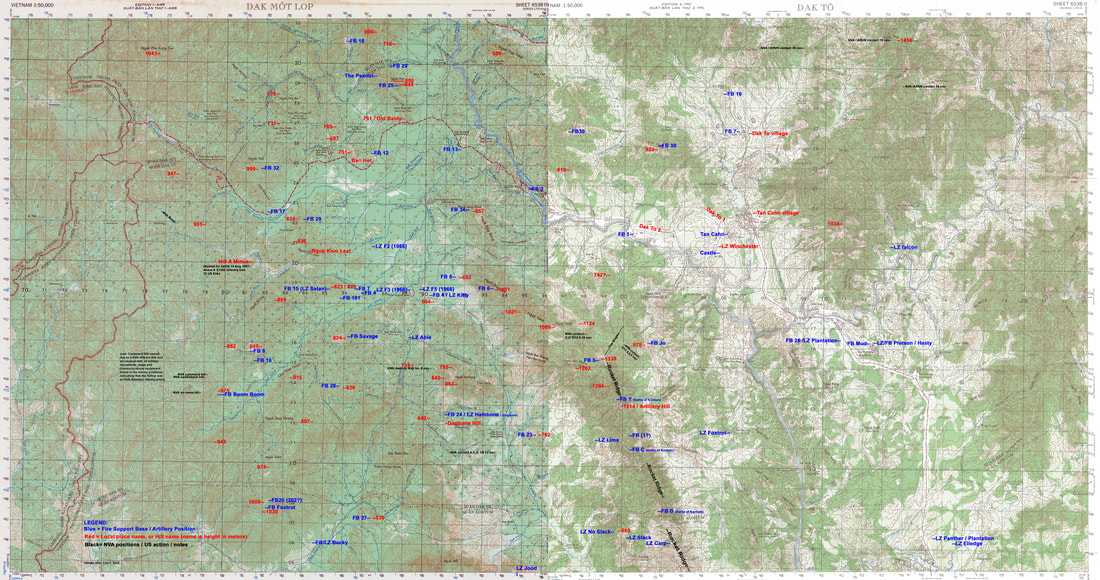 This topographical map shows the area around Dak To.
Hills are shown in red, fire support bases are shown in blue and NVA / US action in black.
Fire Base info was found on the 1/92 Field Artillery Assn. website
and in the book "The Battle of Dak-To" by Robert Quinn,
and on a list of all locations in Vietnam, put together by Snuffy Smith and others.

Click Here  to view the map in a much higher resolution, where you can see all the detail.

Location identifiers consist of two letters and six numbers, as in ZB041215.  You can disregard the first two letters for our purposes here.

The first 3 numbers determine left-right position. On the map, you will see the vertical grid lines numbered at the top and bottom of the map, as well as half-way down the map.  The numbers go from 70 at the left to 99, then 00 to 22. (the left edge is 69, the right edge is 23)

The last 3 numbers work the same way, but for the up-down position.  On the map you will see the horizontal grid lines numbered at the left and right sides of the map, as well as in the middle of the left and right halves.  The numbers go from 05 at the bottom to 32 at the top.

I'm asking for your help:  In using several different sources to identify landmarks in the Dak To area, there was bound to be some discrepancies and errors.  For example, after adding landmarks to the map I see that there are multiple sites with the same name, and some locations given for sites do not seem to be correct.
Your help:  If you find an error on the map, or if you have a landmark that should be included on the map, please let me know.  Also, if you find an error on the lists from Snuffy Smith or Bill Kindred, let me know about that too, so I can make corrections.