We were told to NOT spend the night in the Special Forces camp, between the runway and the river. They had sent out a recon patrol and it had not come back.  A second patrol, sent out to find the first one, was also attacked, but they managed to get back to camp.  Instead, we had to set up our GP medium tent across the runway from the SF camp.

On that first night, some time after midnight, the Special Forces A camp was attacked.  We saw dead and wounded to be evacuated the next morning.  We spent the rest of that first night crouched in a ditch, waiting for an assault that, lucky for us, never came.  Over the next few days, groups of helicopters started bringing in troops and equipment.

Many years later (50) I found an after-action report that mentioned that night:
On 15 and 16 June an element from DAK TO Special Forces Camp had engaged a company size NVA force approximately 1400 meters southwest
of their camp and had incurred heavy casualties including two USSF (United States Special Forces) personnel MIA (missing in action) in this contact.  Early on the morning of 17 June the DAK TO camp received mortar fire and at TAN CANH, the 42d ARVN Regiment's Headquarters was hit by mortars and, at the same time, became the first installation in the II Corps Tactical Zone to receive 122mm rocket fire. 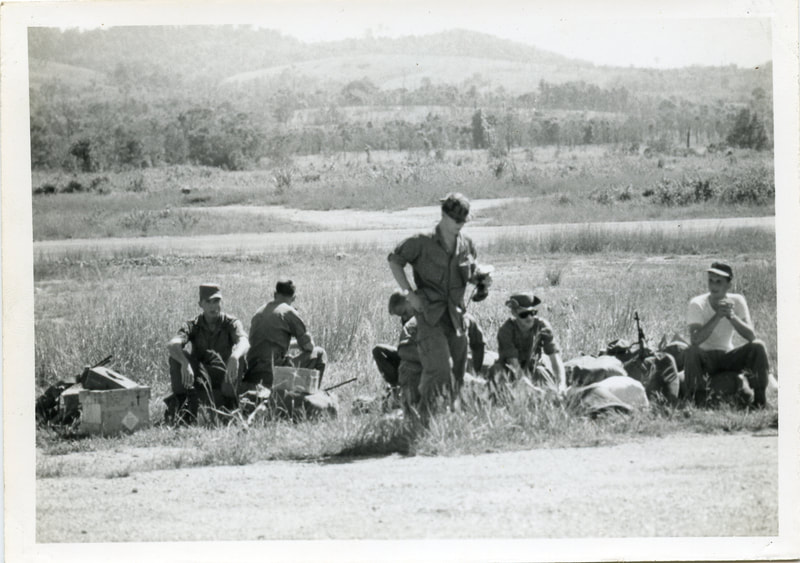 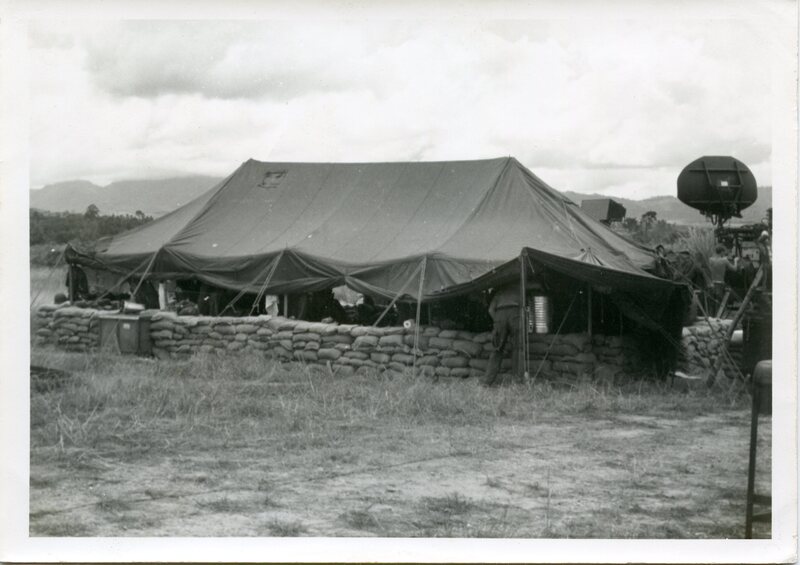 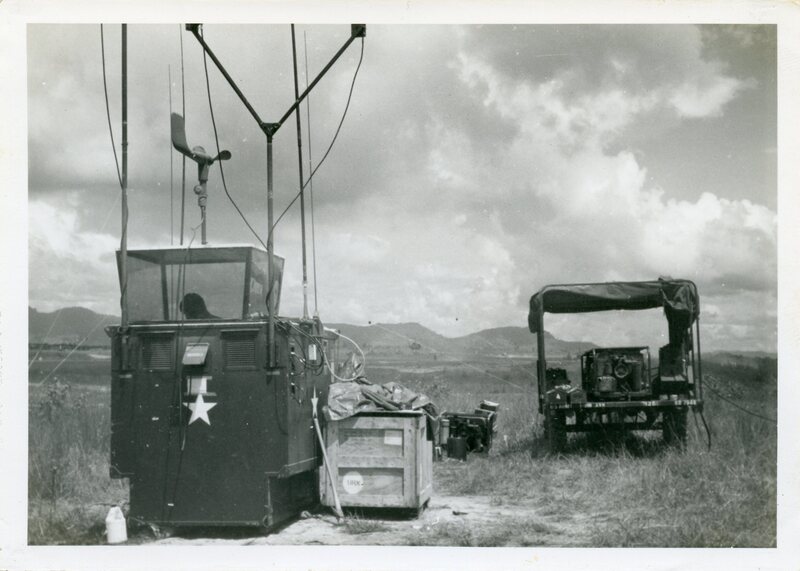 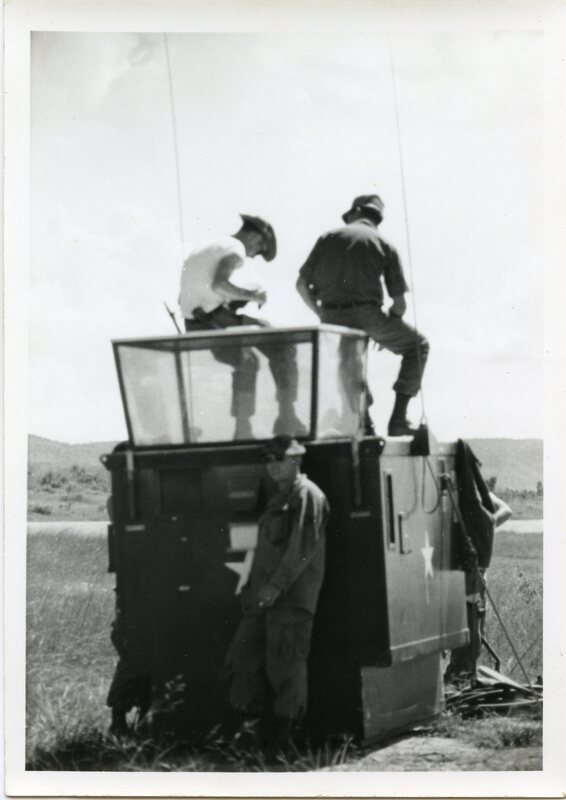 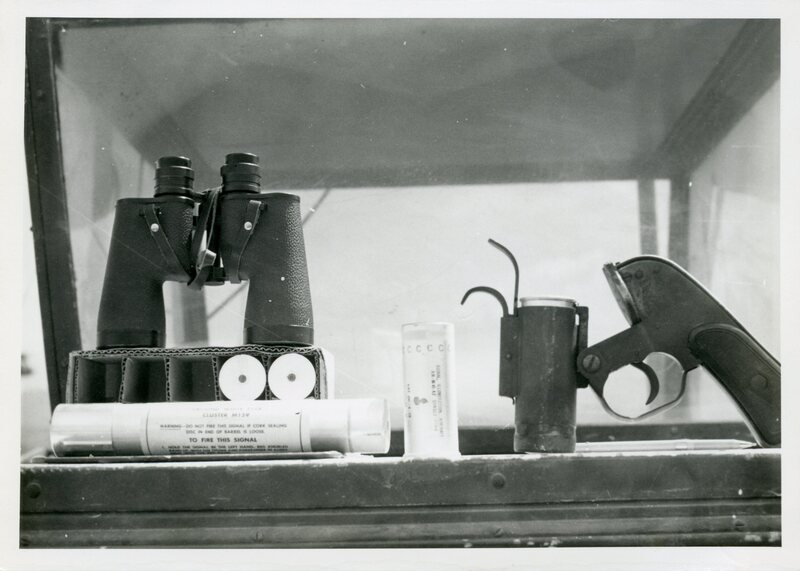 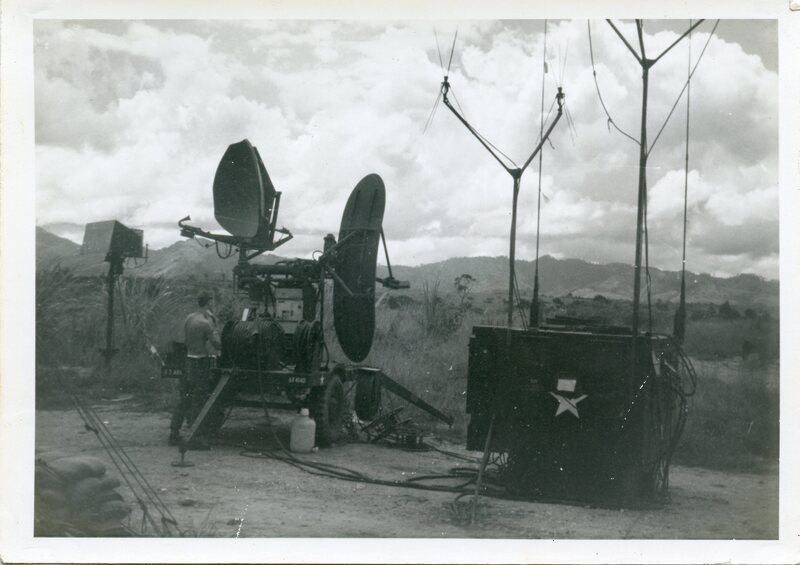 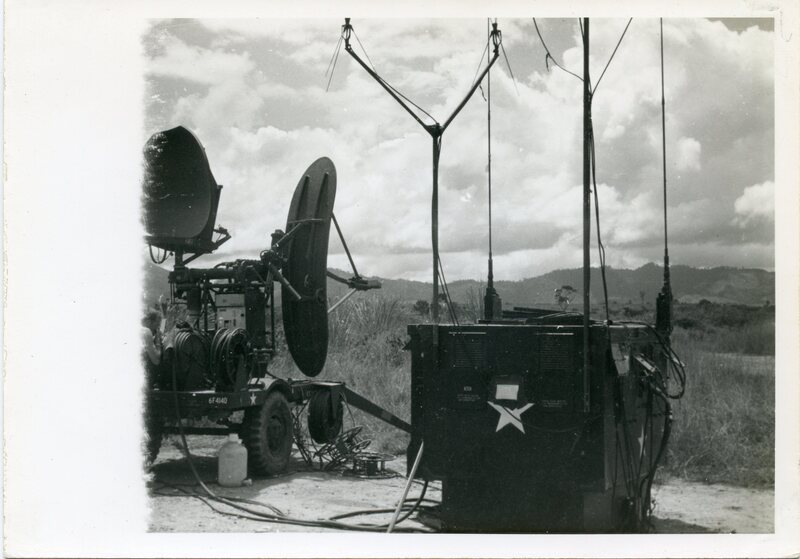 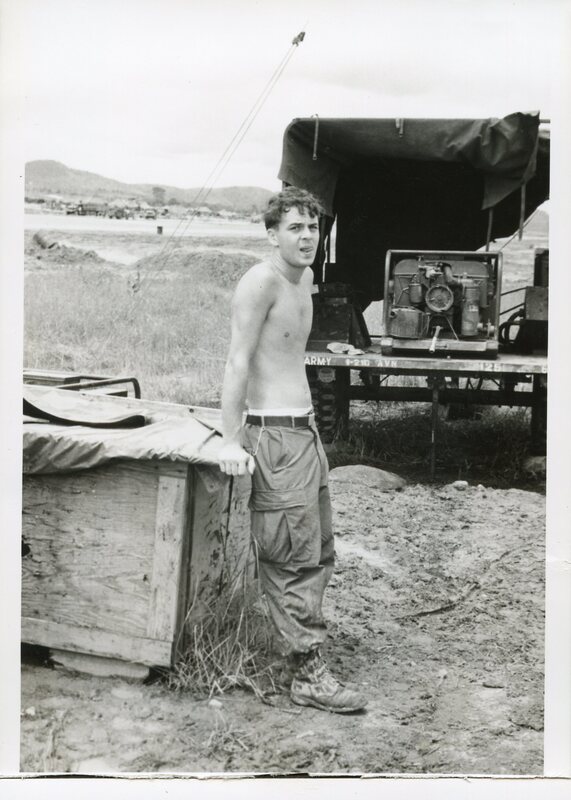 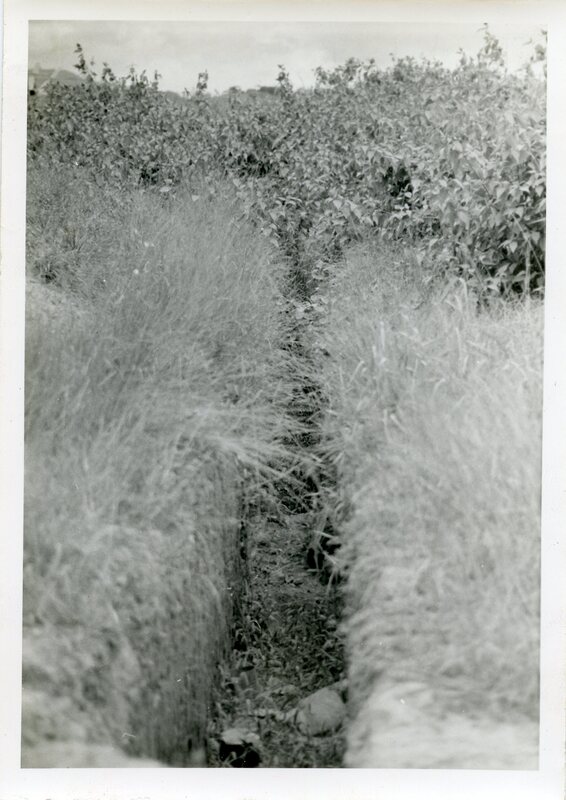 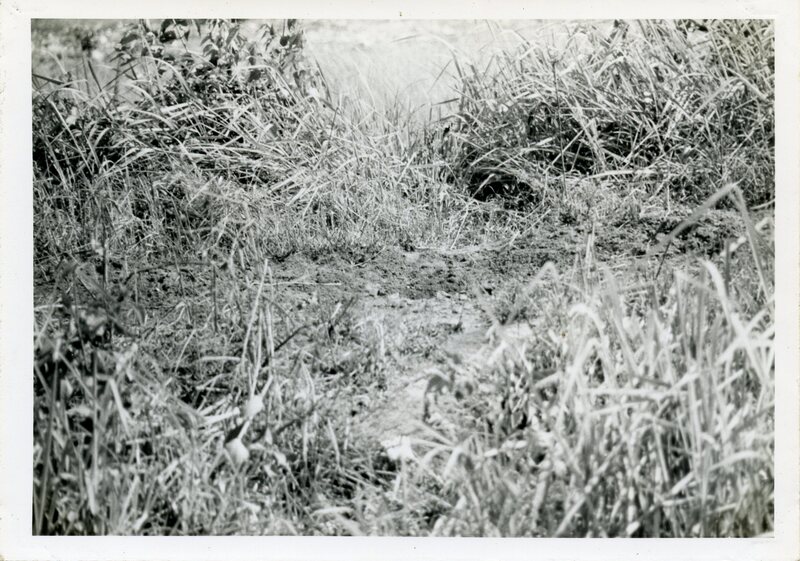 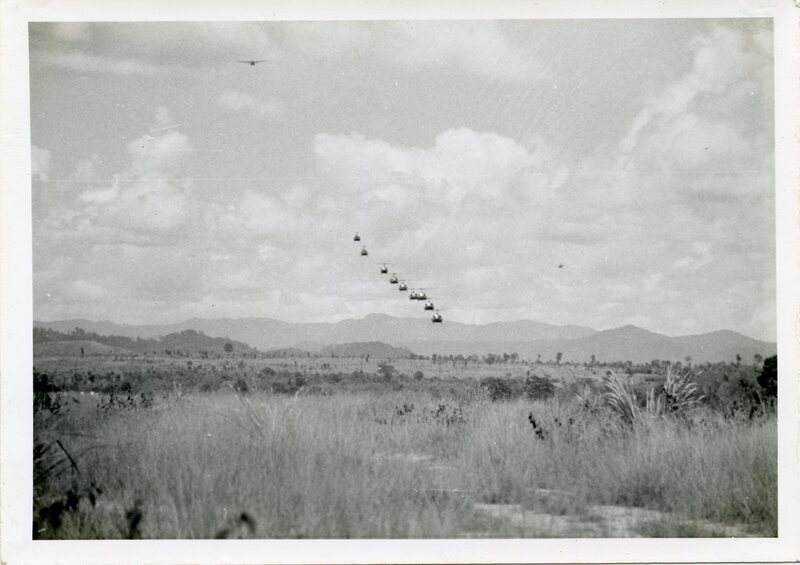 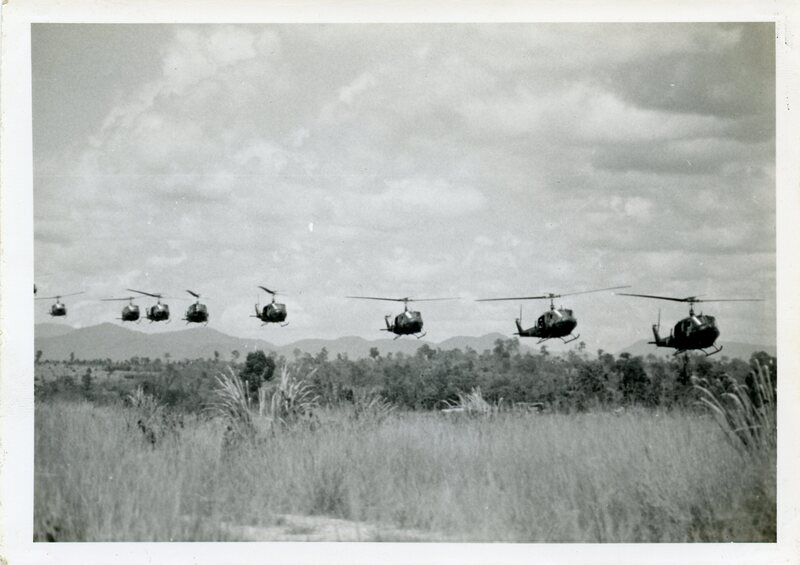 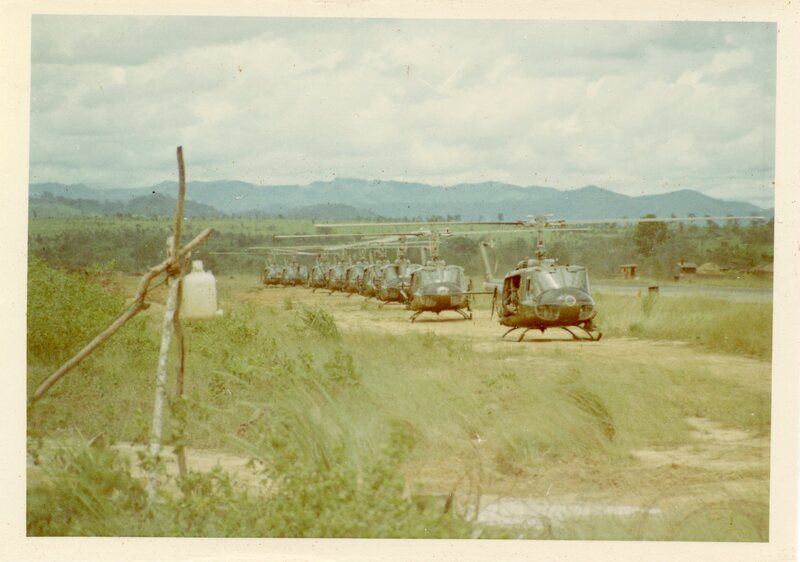 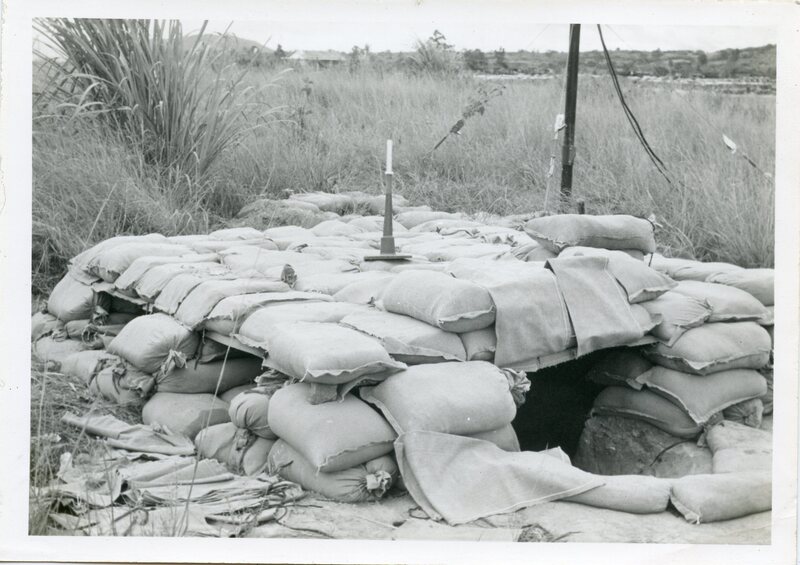 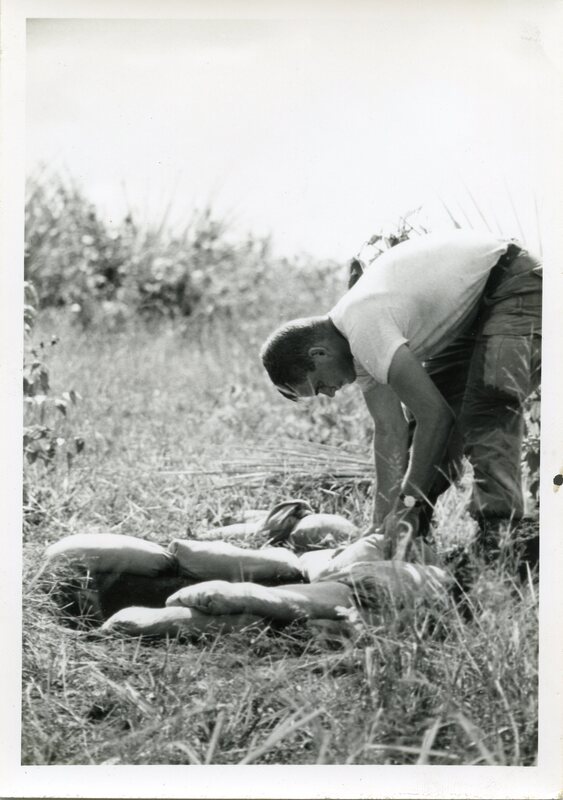 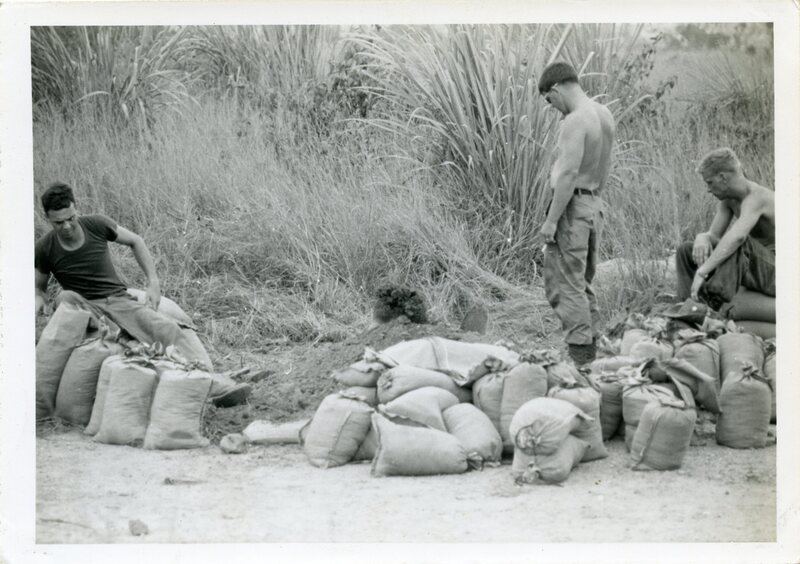 Tom Theobald:
Remember that first night?  We had flown in and I (as a former 11B with no combat experience but plenty of earnest paranoia) immediately started digging a hole.  I think it was Wylie who pulled me off it to help put up the tent.  That night we got hit and lit out for the ditch to the west.  We shared it with some grunts (we were sharing the site with them that first day and who had given us a few war stories to digest for bedtime) while they shot at us and while Puff brought pee on Chuck.  There was a black guy, I think named Johnny who was a radio tech.  When the mortars started he beat feet and dropped into that one foot deep hole I had started.  I remember we kept counting off in the ditch and thought we had everybody?  Turned out one of us, Sassness?, took cover in the GCA cab.  Johnny joined us in the ditch I think because the hole was half his size.  I remember him saying that he stripped off his white t-shirt to “get natural” on his way from the hole to the ditch.

Ernie Camacho:
As for that first day and night and next morning, I remember most of that pretty well.
- we were not allowed inside the SF camp 'cause they were expecting to be attacked.  Huh?
- they gave us a couple grunts to help us out if we were attacked in our tent.  Huh?  We asked them if they wanted to sleep on cots, but they said they were        just fine on the ground.  When the mortars started landing, we understood why.  They didn't undress like we did either.
- we lay on our cots, in our sleeping bags, listening to the mortars.  Every time we'd ask "outgoing or incoming?".  When that one landed in front of our tent,       we all yelled "Incoming!".  Then we tried to get dressed and put our boots on.  The two grunts had not undressed.  What newbies we were!
- on the way to the trench, one of the first out of the tent got tangled up in a wad of barbed wire that was hidden in the grass.
- when we were in the trench, Smitty had to have us count off about 3 or 4 times before we got it figured out that we were all accounted for.
- mortars suddenly started coming in near us.  I was at the west end of the trench, closest to the mortars.  They were in line with us and each one came             closer.  They were walking them toward us.  After one landed just off the end, spraying dirt on me, I knew the next one would be on top of us.  It never               came.  They'd done their walk of the trench and went back to the SF camp.  Then Puff came.  What a sight.
- at first light we ran across the runway and they still wouldn't let us into the SF camp.  That one-man guard hut at the entrance to the camp, where the day          before the montagnard soldier had proudly saluted every one of us as we came close, had been hit by a mortar.  I wondered about that guard.  I'm sure he      wasn't there when it hit.
- we had to squat behind pallets of C rations, waiting for an assault by VC.  I sure felt naked.  I knew that if an assault came, we'd be toast.
- later, as we stood there, a jeep came out of the SF camp with some badly wounded men, on their way to a helicopter.  I was glad then that we hadn't been        inside that camp.

Tom Theobald:
That time spent standing behind c-rations, waiting for the dawn raid and trying to believe I didn’t want something to happen was instructive as hell.  Someone passed the word that we would be shot by the SF or Montagnards if we tried to pull back into the bunkers and I think I tried to think about  what the fuck? was going on but just quivering with the possibility of dropping someone at 250 yards cause that was what they taught me about the sight of the M-14 and creating a grazing shot.  I remember being pretty pissed off that I couldn’t use my foxhole the night before.  I had dreamed of a foxhole my entire playing war youth and my first chance to build one to perfect army spec, taught to me by the good sergeants at 11B School, was thwarted by a bunch of pussies who wanted to sleep in a tent.  I still hate tents.  I think it was the next day I had that hole STRAC [Strategic, Tactical and Ready for Action in Combat] and ready with a grenade dump hole place to blow to the back wall and good cover with sandbags and landscaping.