DAK TO MEMORIES
Tony Bolivar - 173rd Aviation Brigade - Casper Aviation Platoon
I ran across your web site with all the images of Dak To.  I was assigned to the Casper Aviation Plt. 173rd Abn.  I was at Dak to from June of 67 to April of 68.  I was a WO1 Helicopter Pilot.  I remember our Parking Revetment was on the north side of the runway right in front of the tower. We probably have spoken on air traffic control, refueling, parking and practice and actual GCA’s. We kept you guys busy with the practice ones.

The photo of the crashed OH13, I was the pilot. I walked away without a scratch.

The 173rd  Airborne Brigade moved to Dak To from Bien Hoa in the I corps area around June 1967.   An Engineer company from the 4th Infantry out of Pleiku was there prepping the airfield area for the 173rd  Support area.  The aircraft in that photo are all Casper UH1’s.  The one in front with the 173rd patch is the commanding general's aircraft.  Also with the Casper platoon came the 335 Aviation Co.  Their call sign was Cowboys and the Falcons were their gunships.  The Falcons were the UH1’s with red diamond and white back ground.  You probably talked to them on the air more than us.  They had 34 slicks and 12 gunships.  There was very little at Dak To except a Special Forces team supporting the Montagards.  And a PSP runway that was later topped with blacktop. 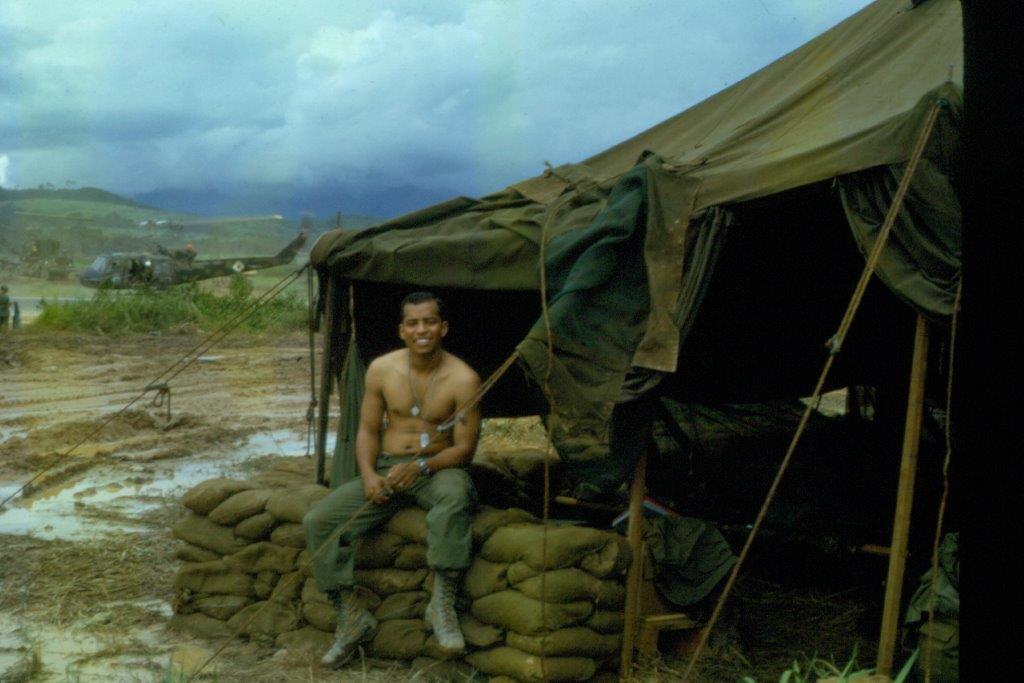 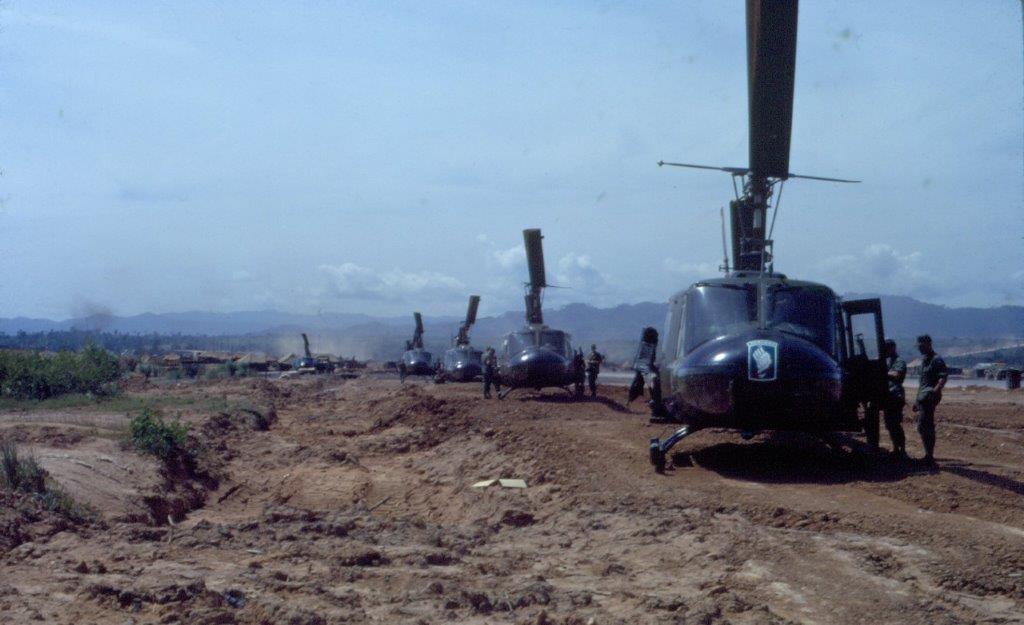 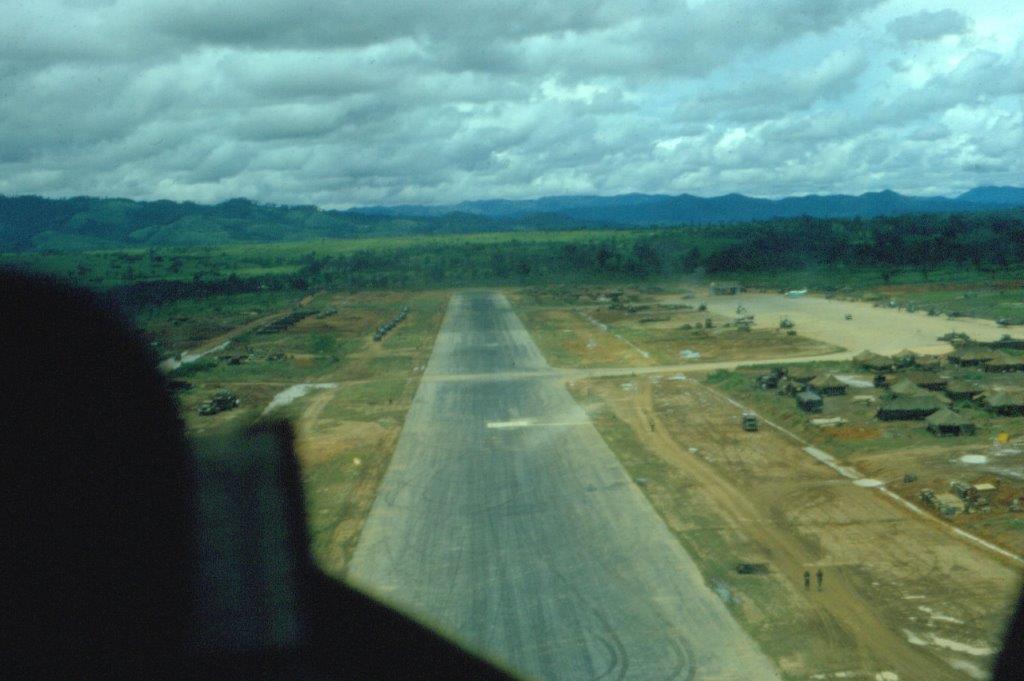 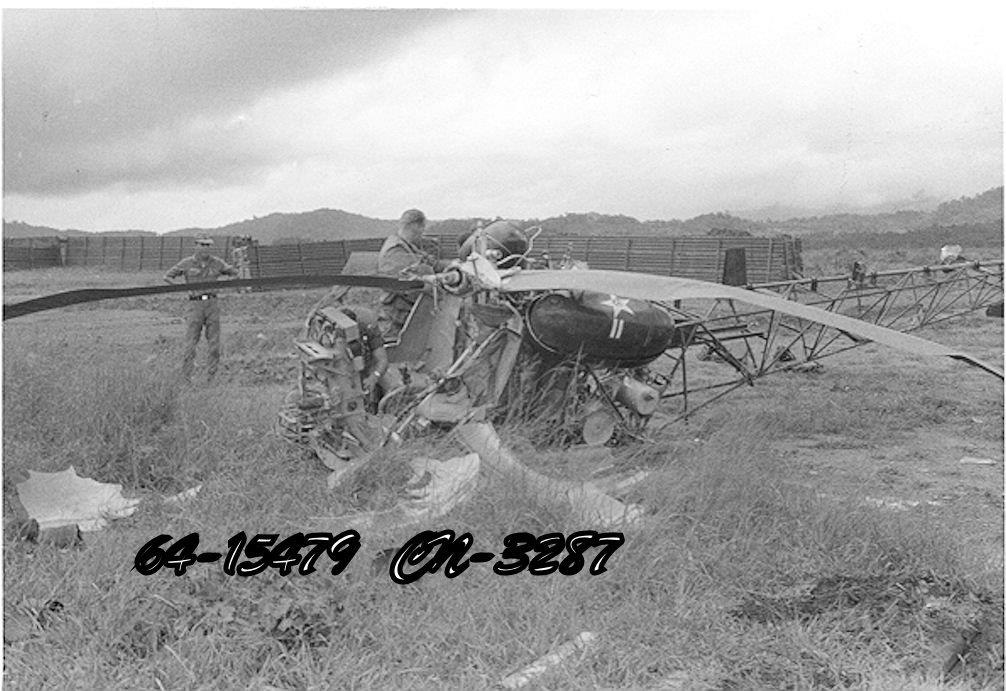 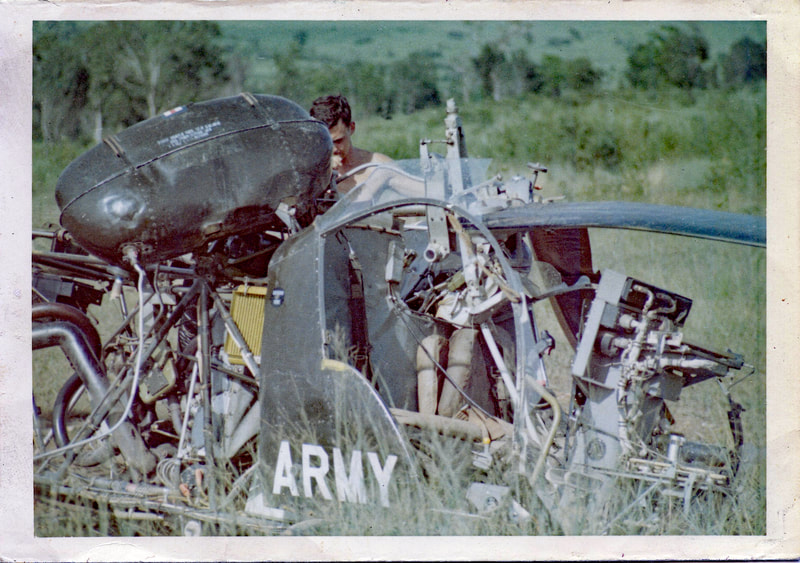 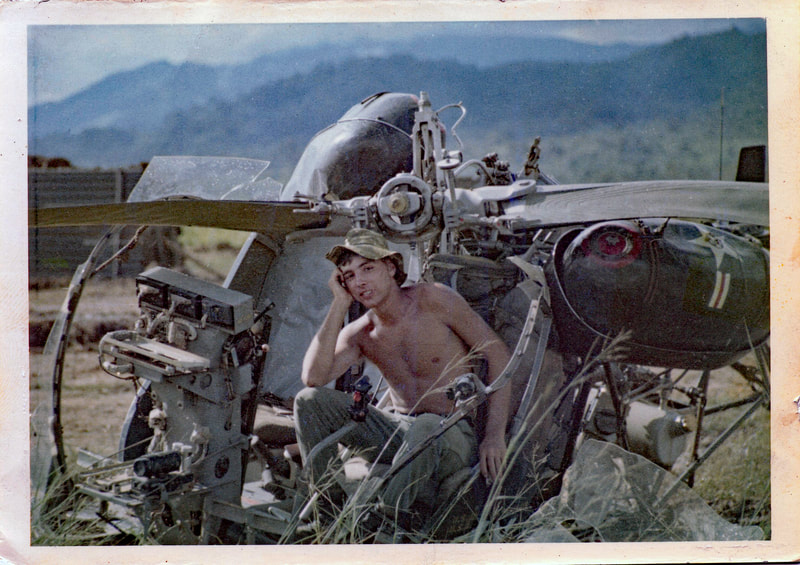 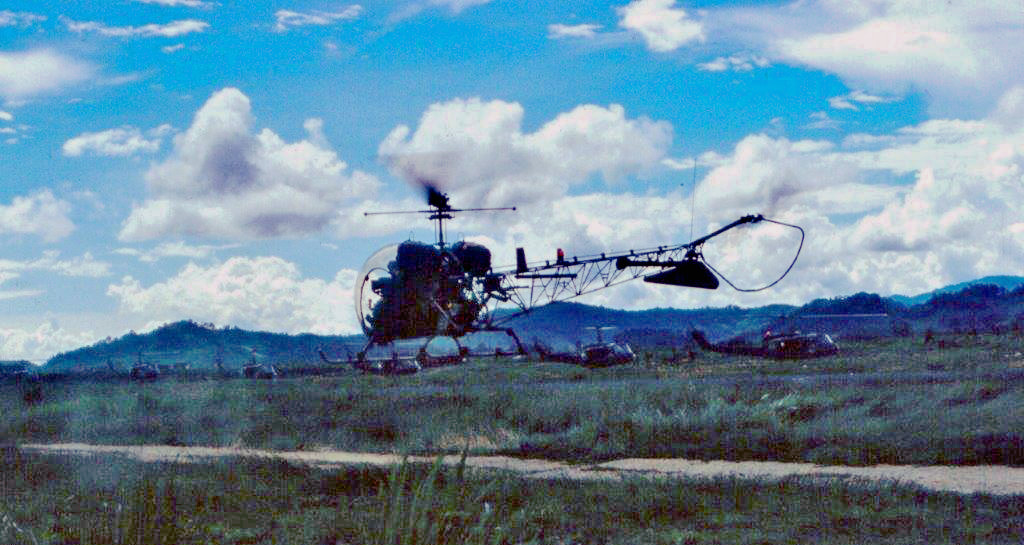 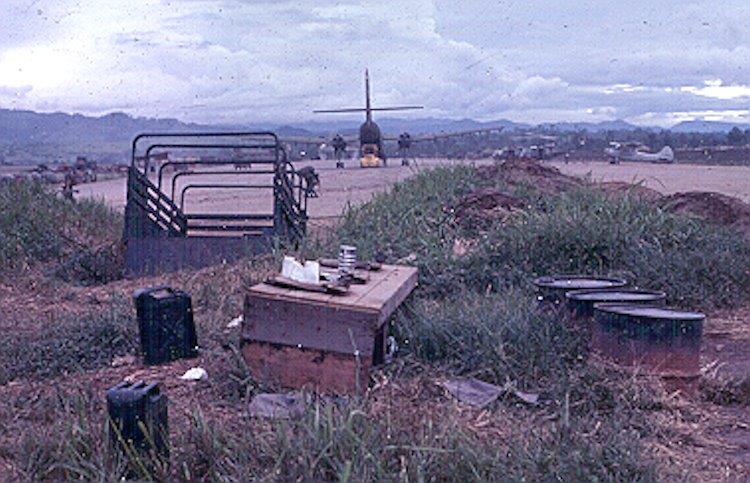 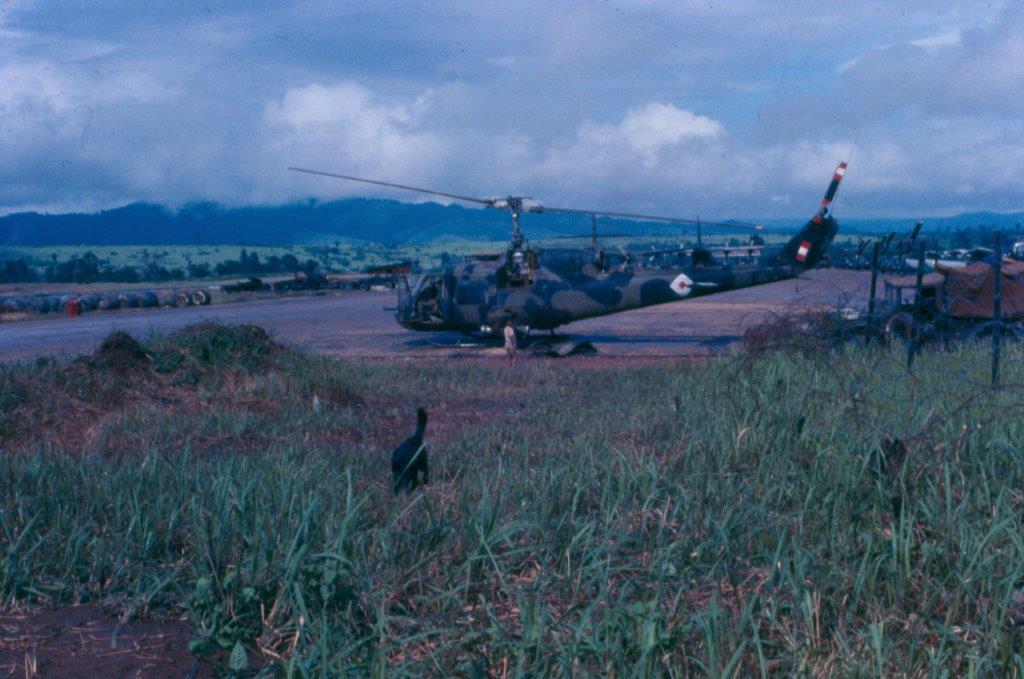 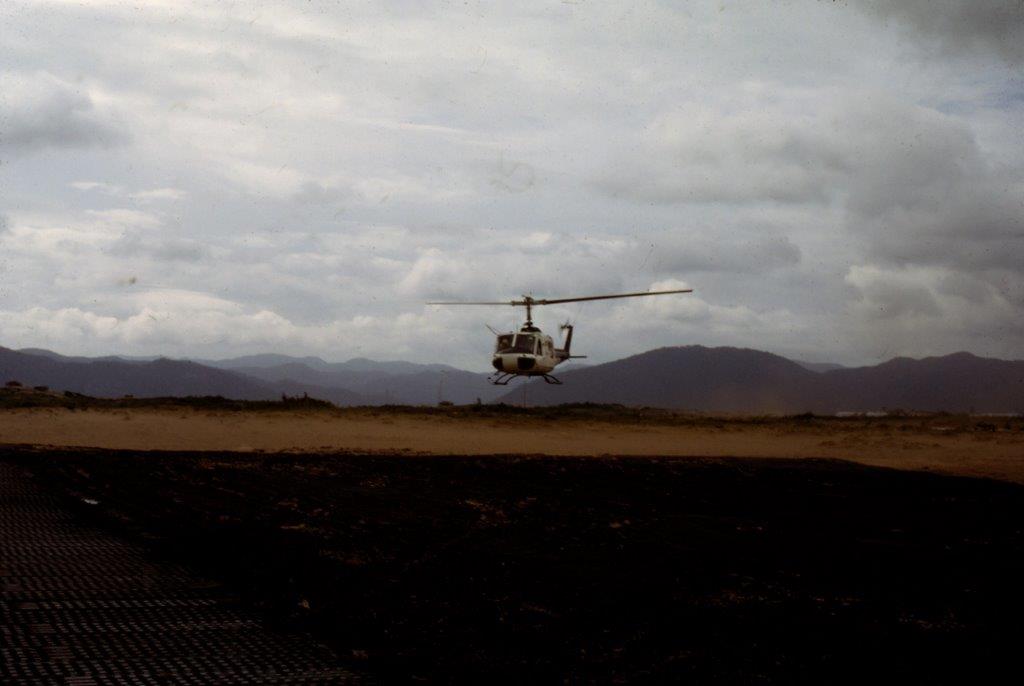 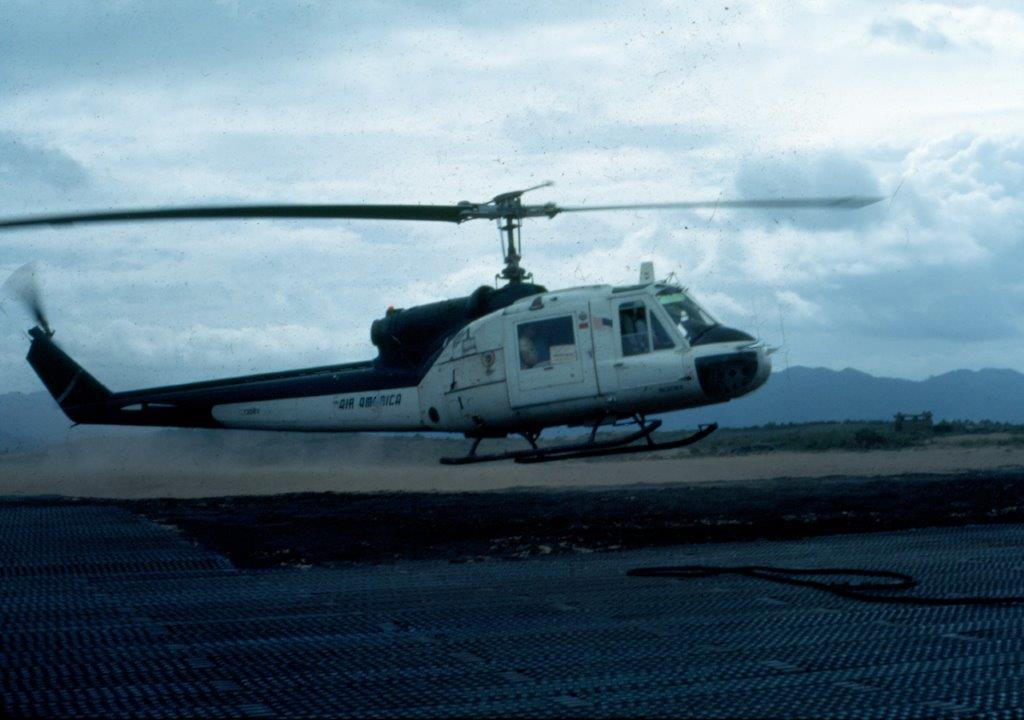 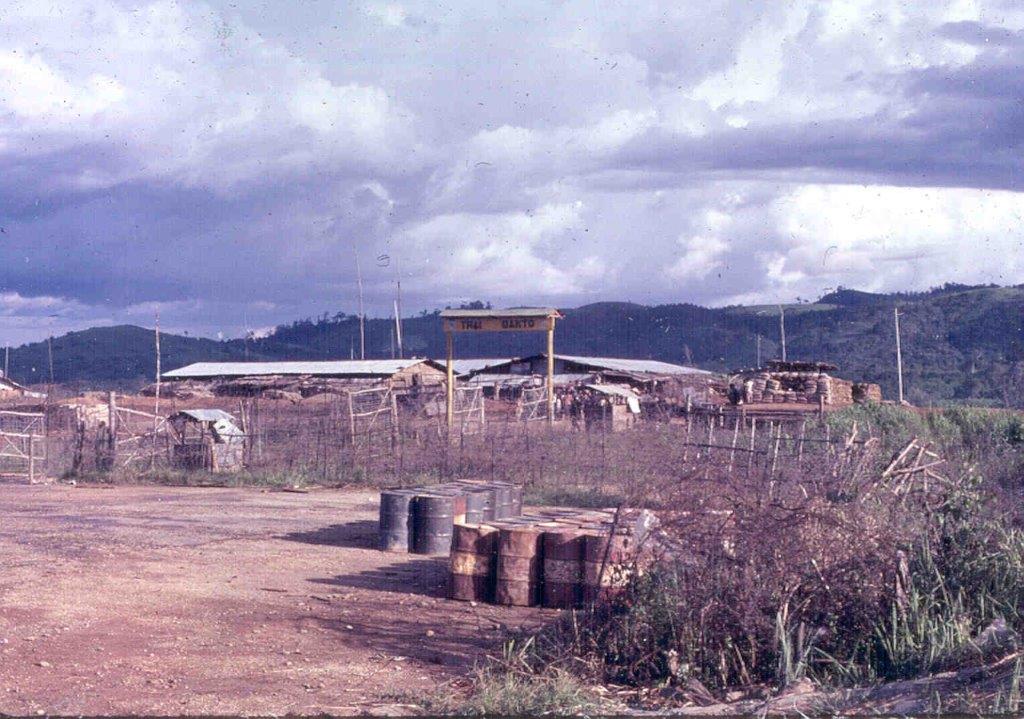 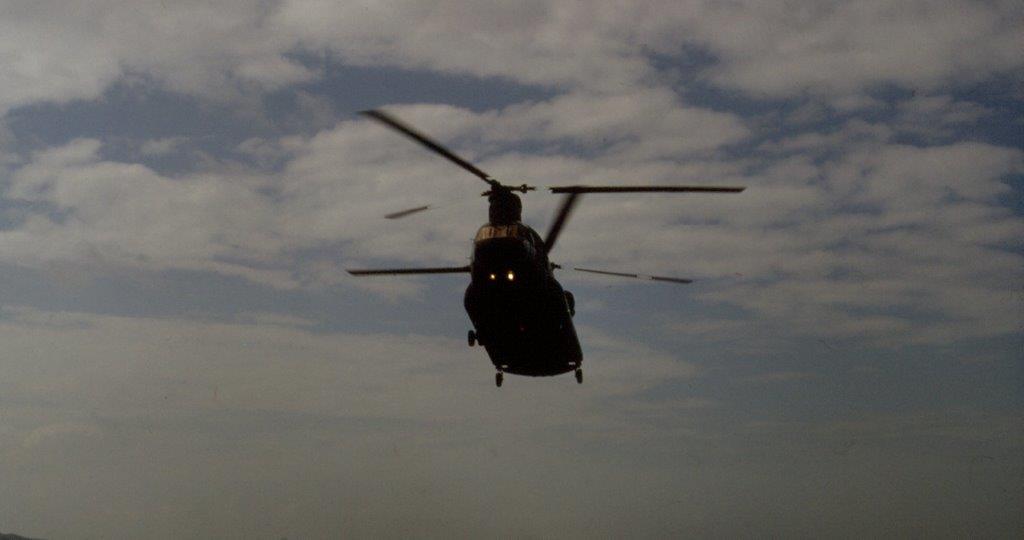 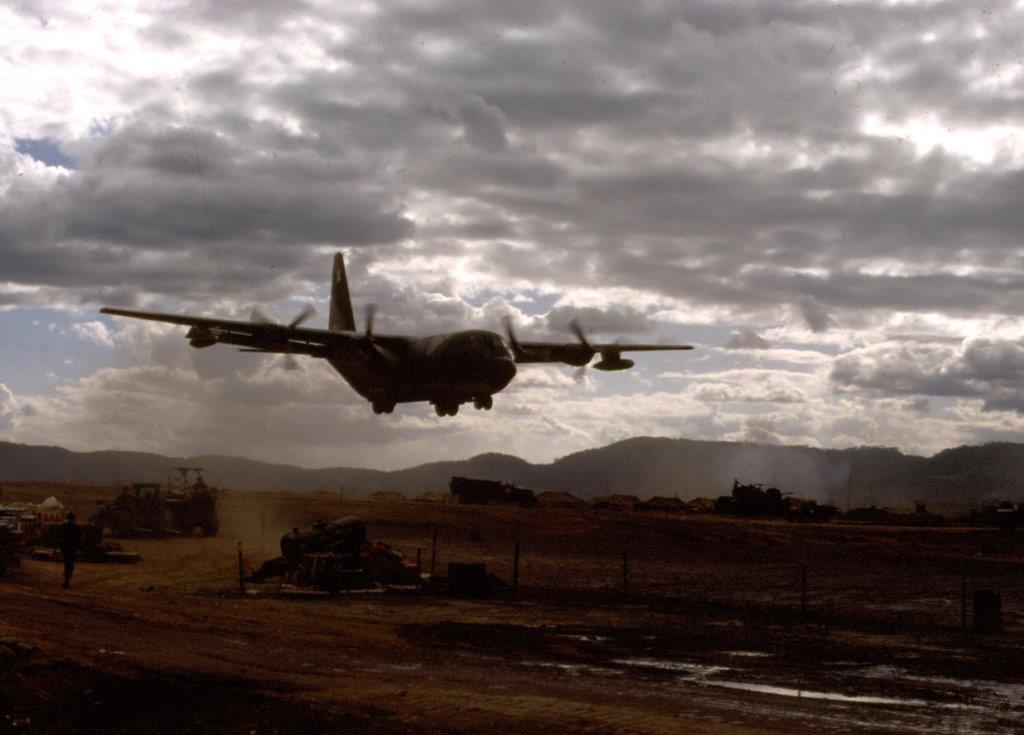 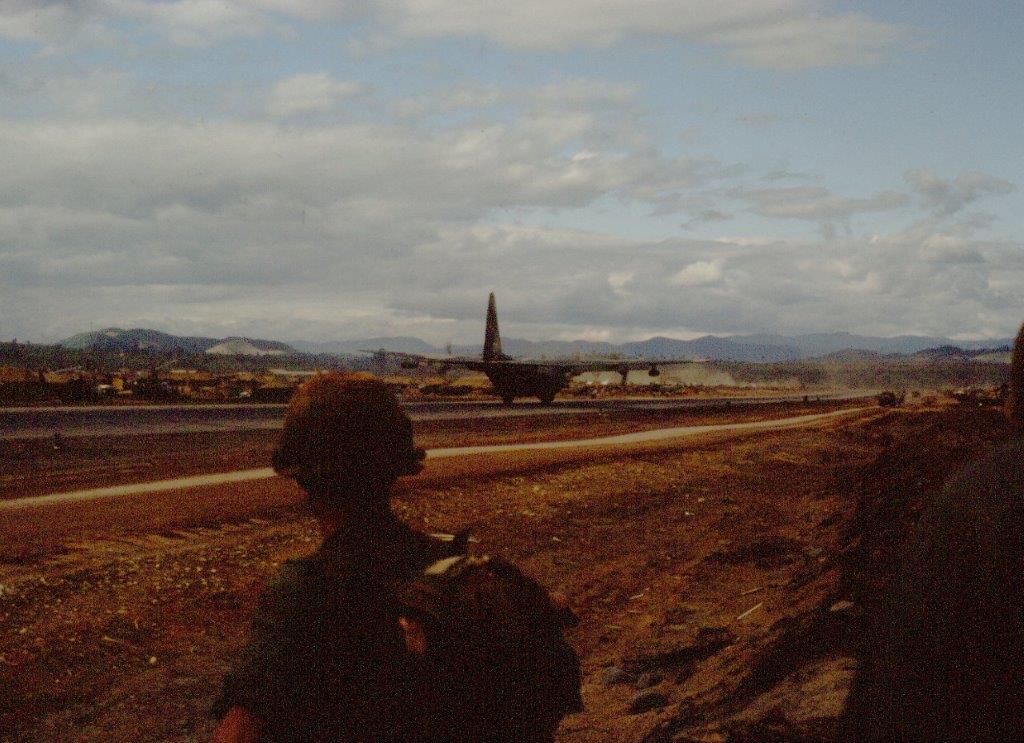 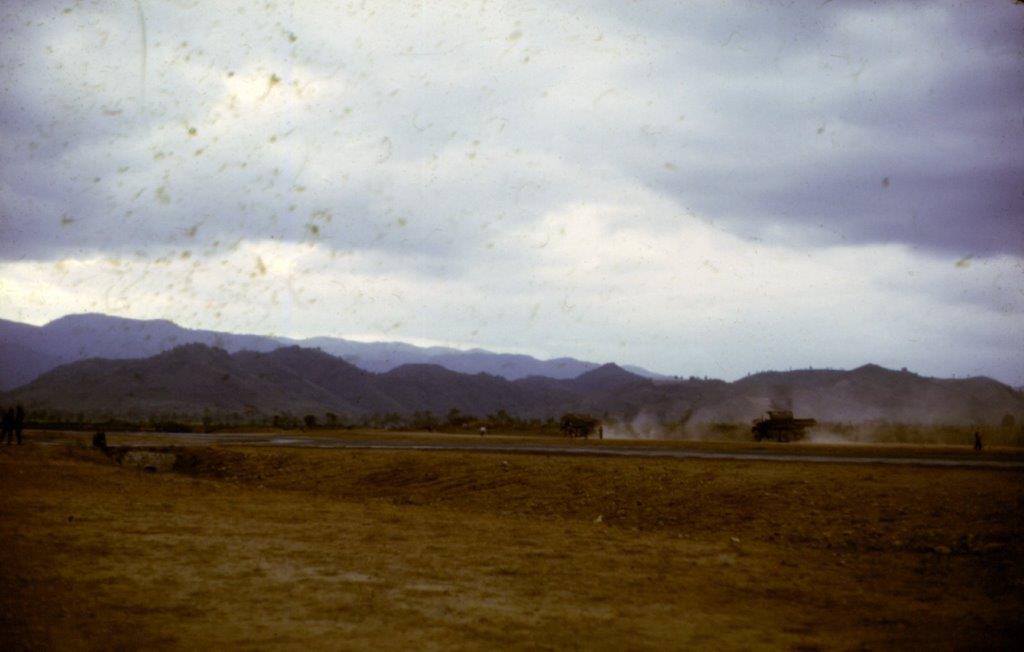 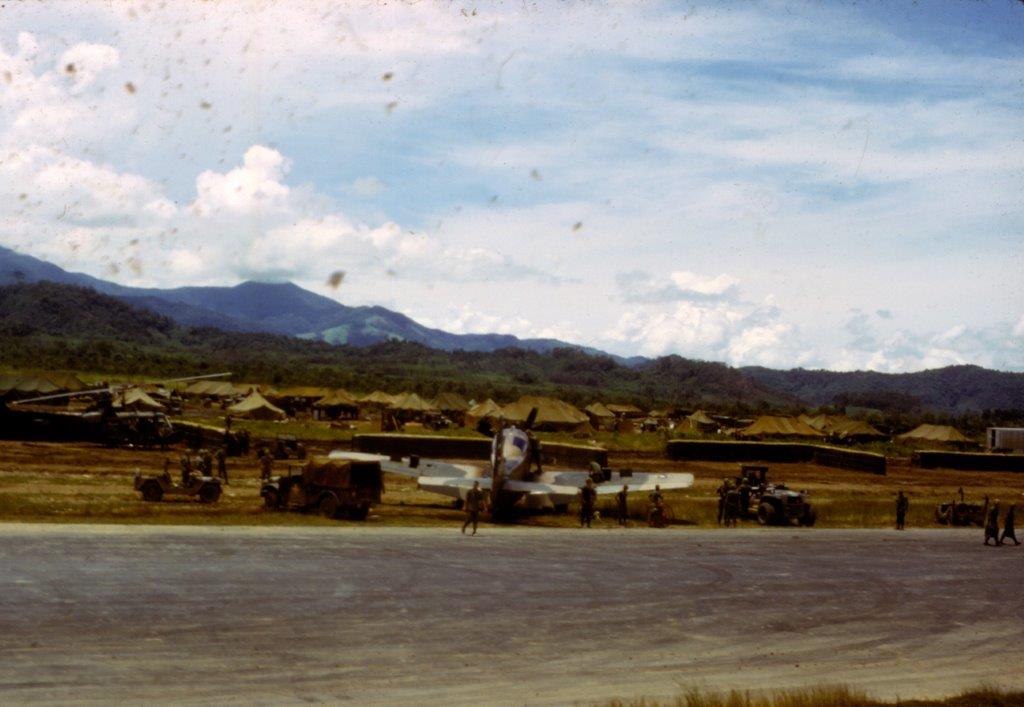 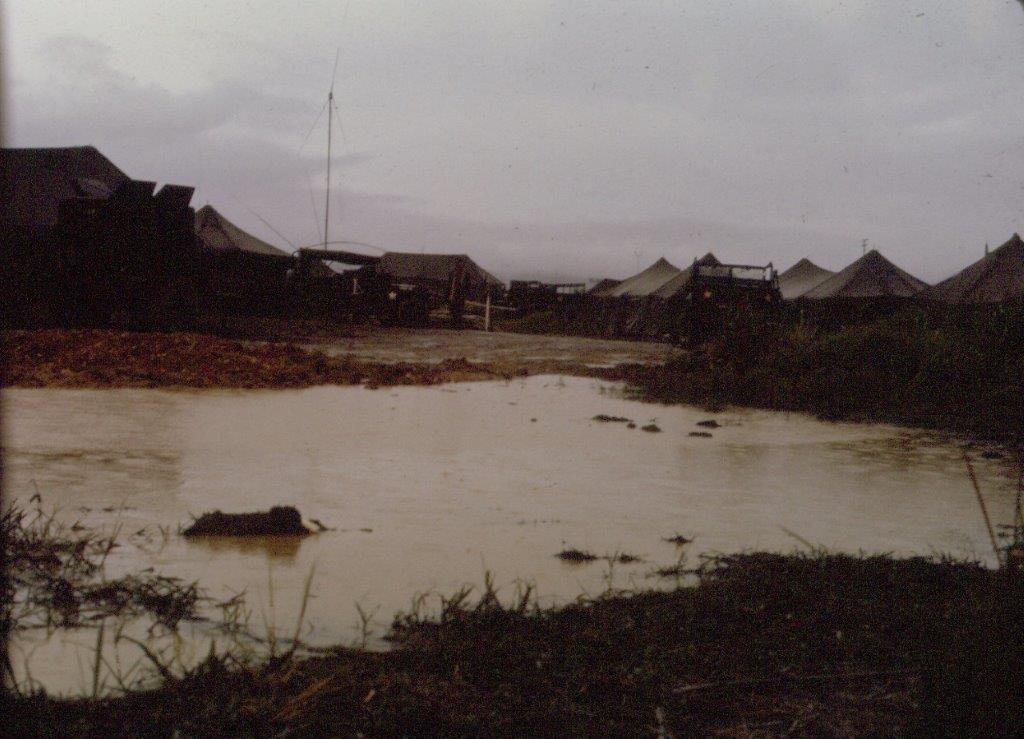 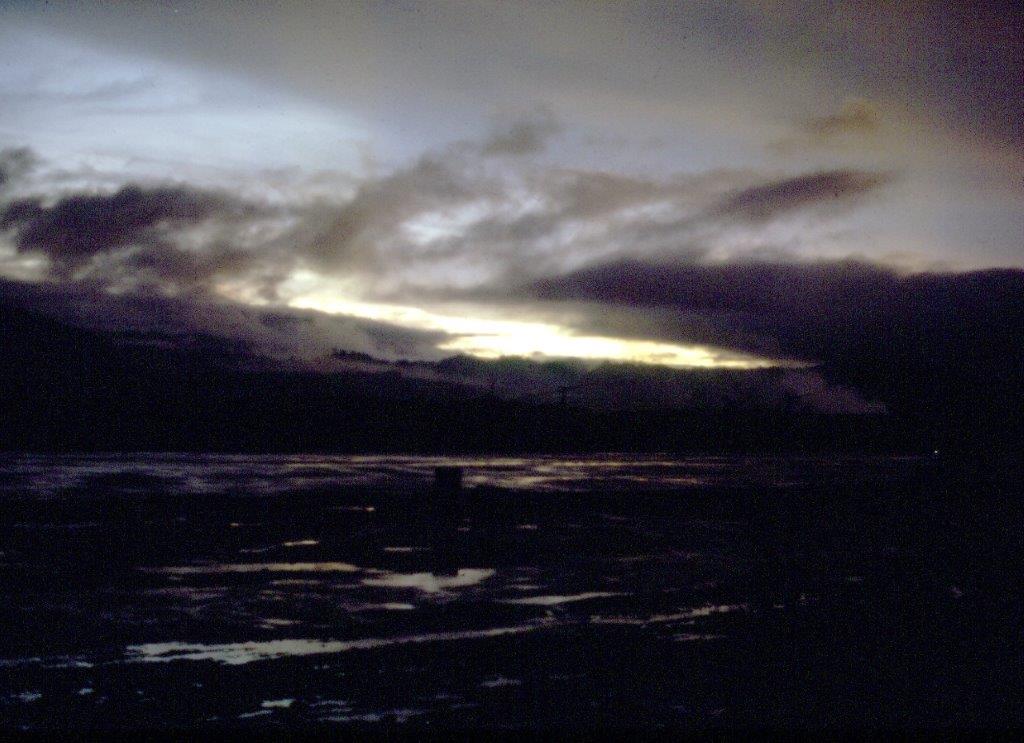 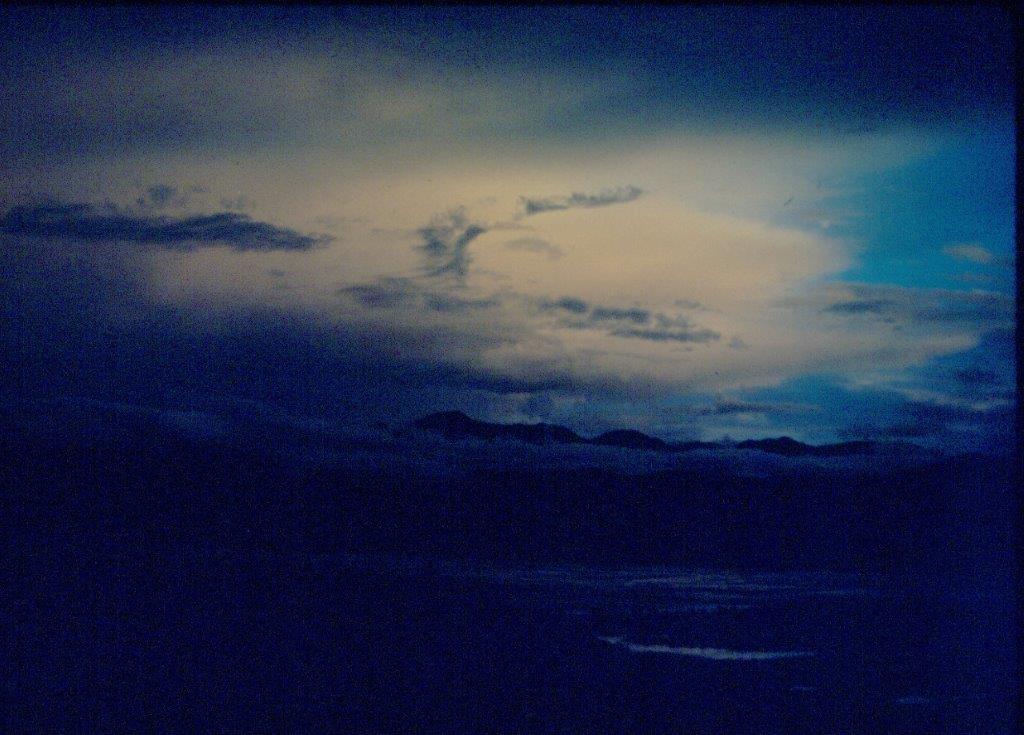 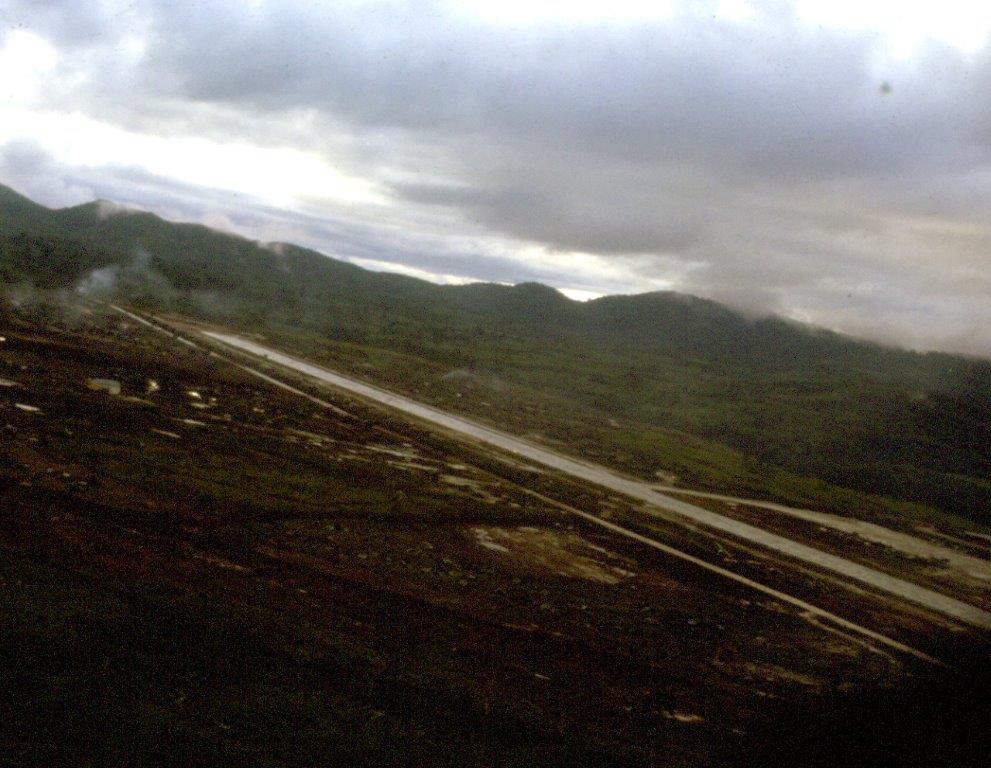 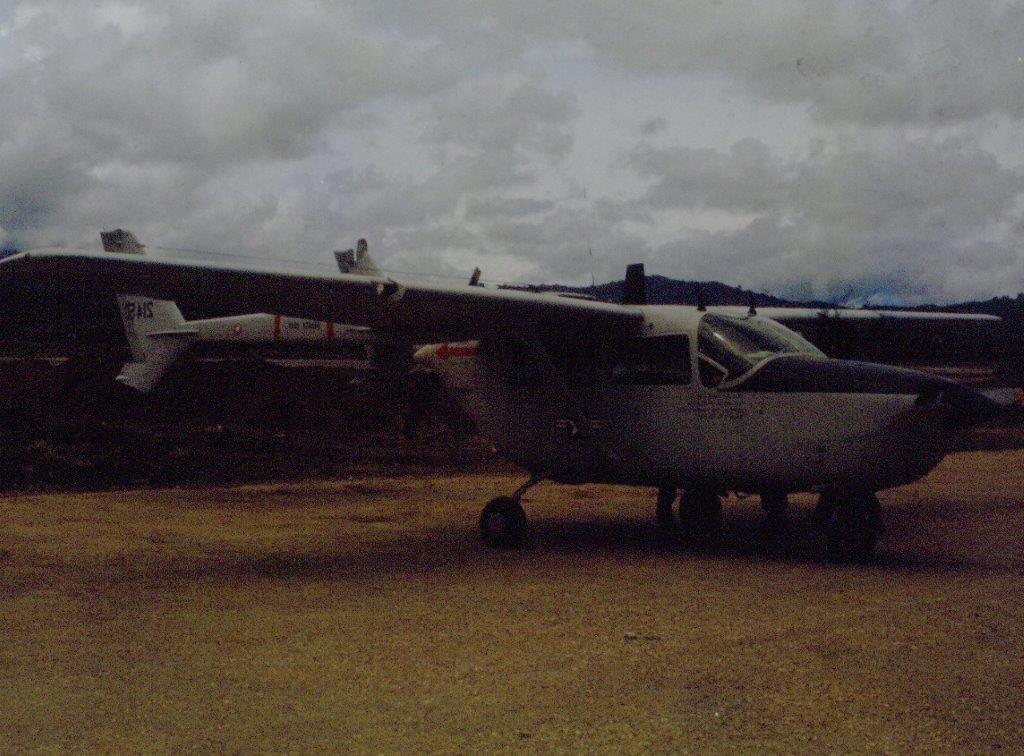 Here are photos taken on the airfield during Operation Hill 875.  This was in November of 1967.  As you can see, the UH1 gun ships could not hover with a full load so they have to drag their skids along the runway until they got lift.  It did not take long for the surface to get really beat up.  Plus the C130s heavily loaded landings on the short runway, braking and hitting reverse thrust, also took its toll on the runway surface. 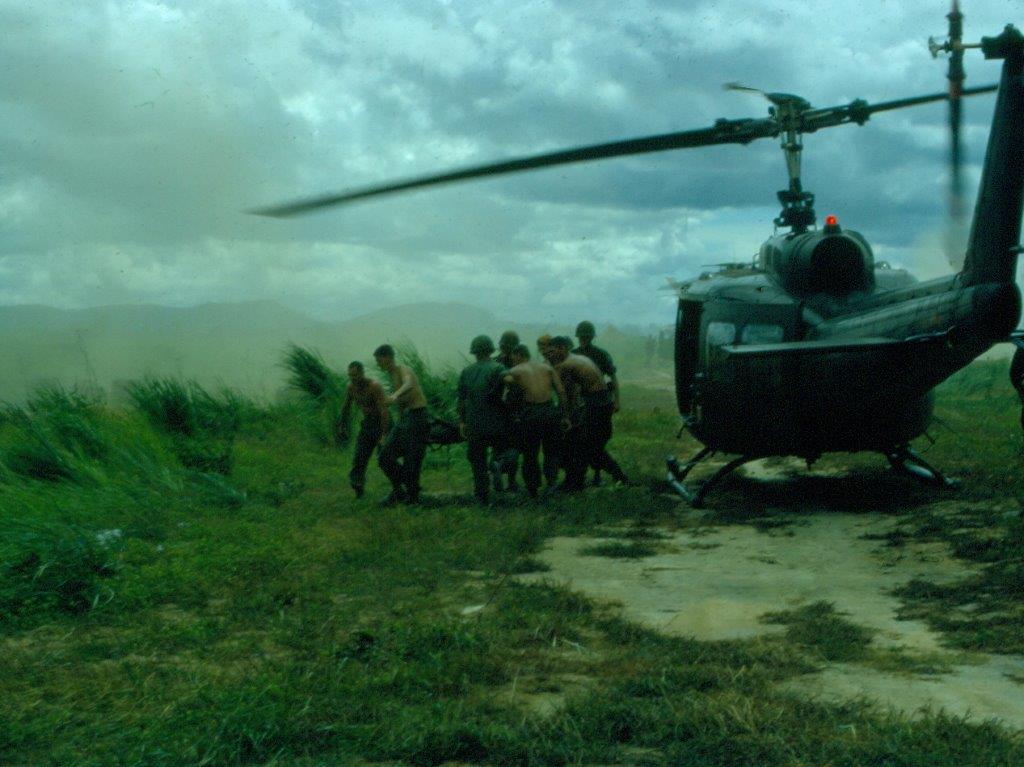 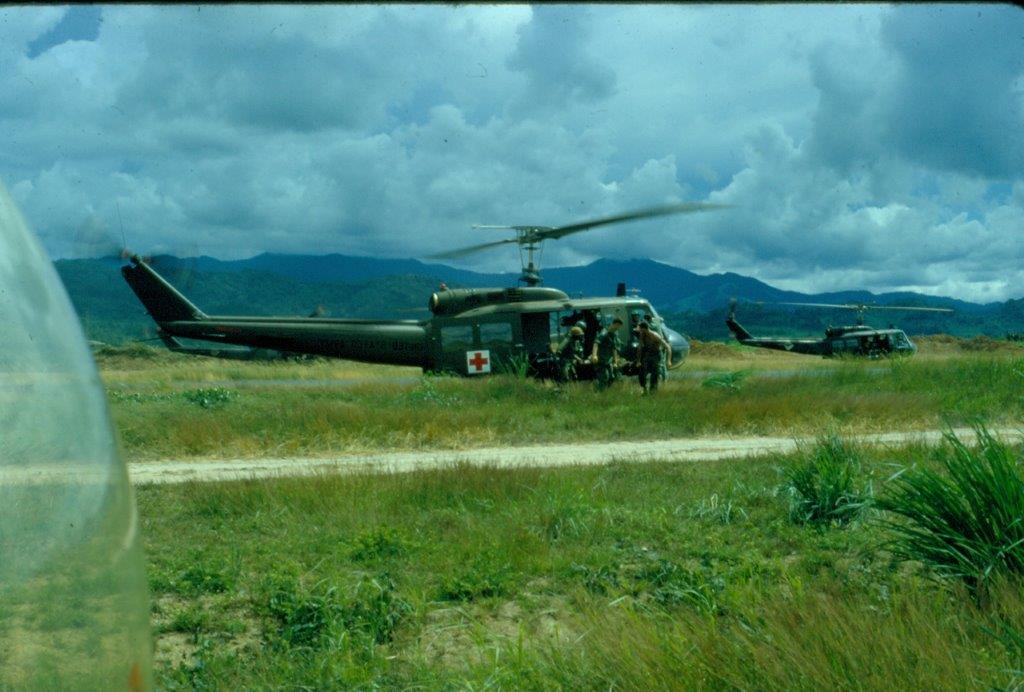 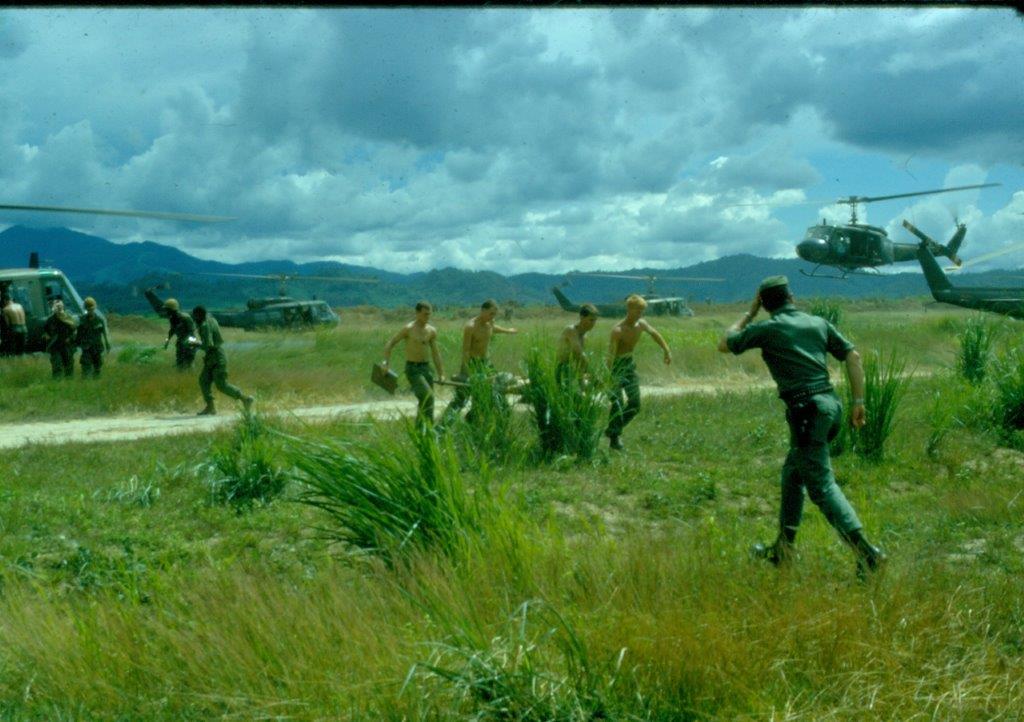 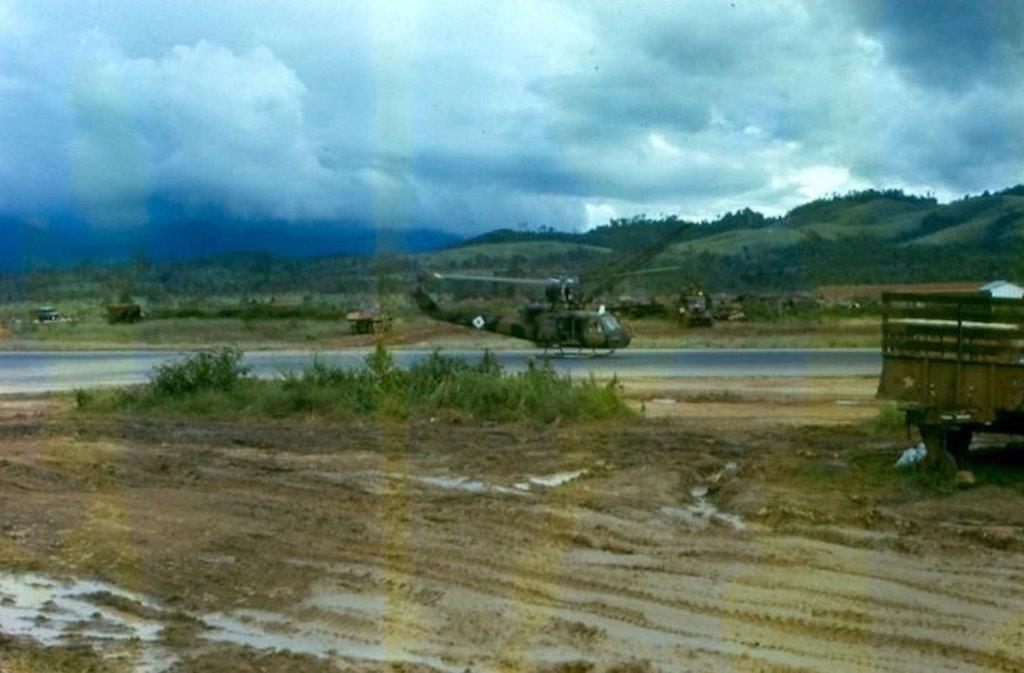