I found descriptions of the battles that took place during November.  These fights took place generally in the area of the Ngok Kom Leat ridge, Hill 823 and Hill 724 in the first half of November, and Hill 875 at the end of November.

The first description I found is an after-action report on the fighting at the beginning of the month.  The report has a great amount of detail, reporting the exact map locations of the action, and naming the soldiers involved.

The second description covers the same time period but is more of a narrative and it includes the Hill 875 battle.  This description lives on the web, so I hope it endures.

For the action on Hill 875, I have 3 reports.  They don't show map coordinates, but they do have diagrams showing the action.  The report in the 173d newsletter contains some or all portions of the other reports that are here.

What I have here is only a small fraction of the information you can find on the web about these battles, and also battles a year before and a year after this.

Action around the Ngok Kom Leat ridge and Hill 823
173d Airborne Brigade
After Action Report - Battle of Dak To
Page 1      Page 2     Page 3     Page 4     Page 5     Page 6     Page 7     Page 8     Page 9
Notes:
This report stops after the Ngok Kom Leat action.  It has map coordinates of the battle locations. The Google Earth images below show them.
The report mentions types of fire: RR-Recoilless Rifle, AW-Automatic Weapons, SA- Small Arms
Weapons and Warfare website
Dak To - Ngok Kom Leat and Hill 875, South Vietnam, 1967
Part 1     Part 2
Notes:
This report covers both the Ngok Kom Leat fighting and the Hill 875 fighting.
A photo is identified as being on hill 742. I can't find it. It may be that they meant hill 724.
Where the report says "19 July", it should say "19 November".
Here are some Google Earth images that show where the action took place, southwest of Dak To airfield.  These images cover the area of the first 9-part report, in early November. 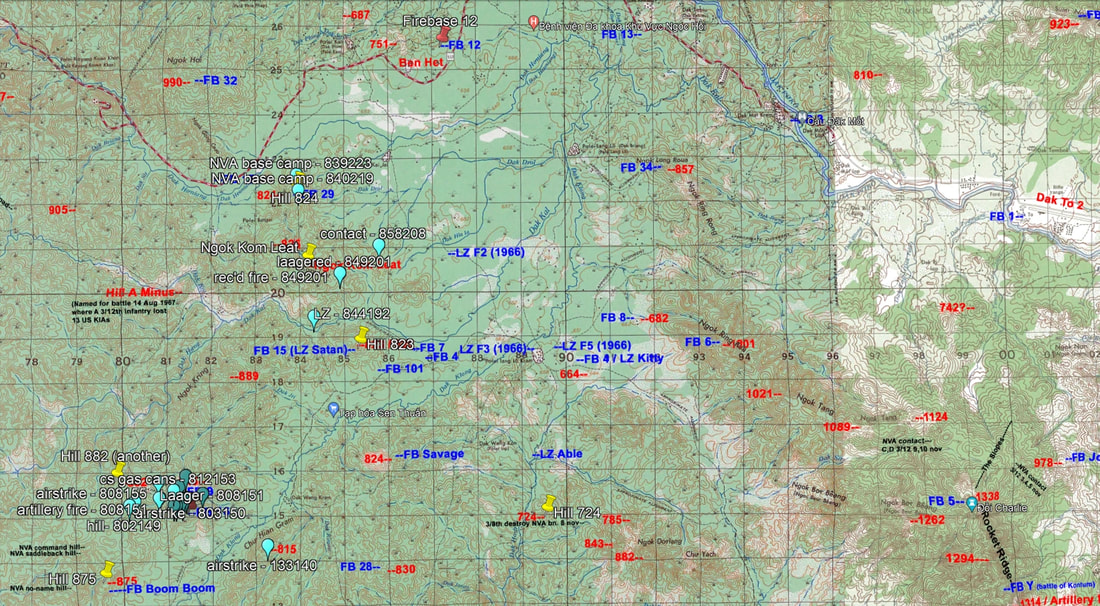 Overview map showing the area of the battles.  Dak To airfield is at the right edge of the map.  Hill 875 is at the bottom-left corner of the map. 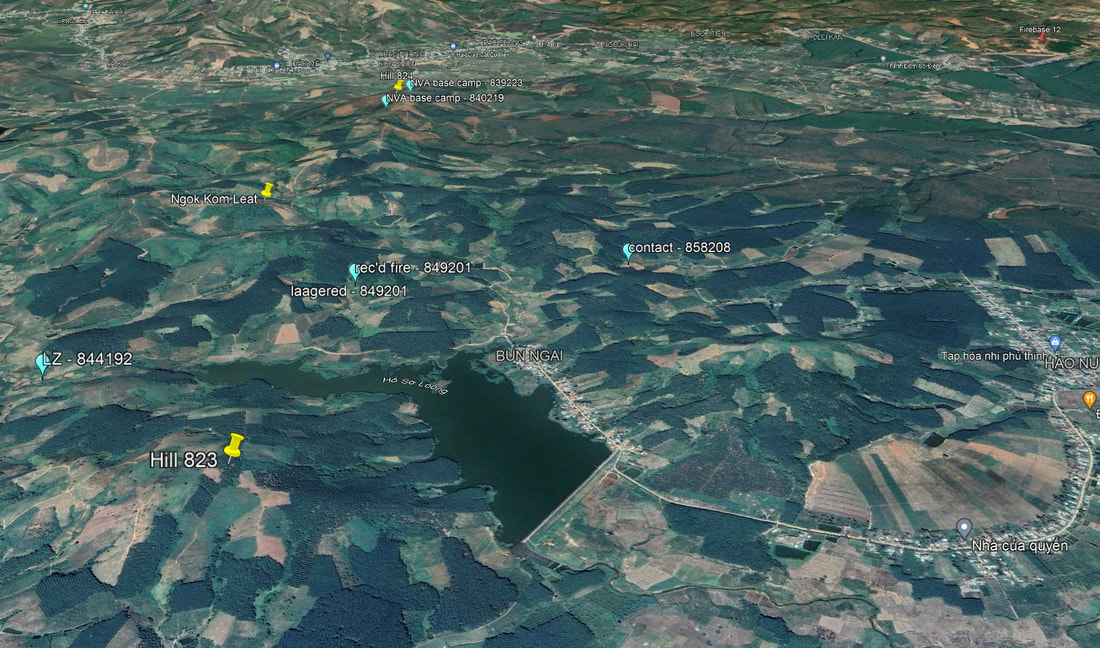 Area of operations detailed in the reports, above.  This image is from 2022, showing 50 years of development.  Firebase 12 is at top-right.
Place marks include map coordinates from the after-action report. 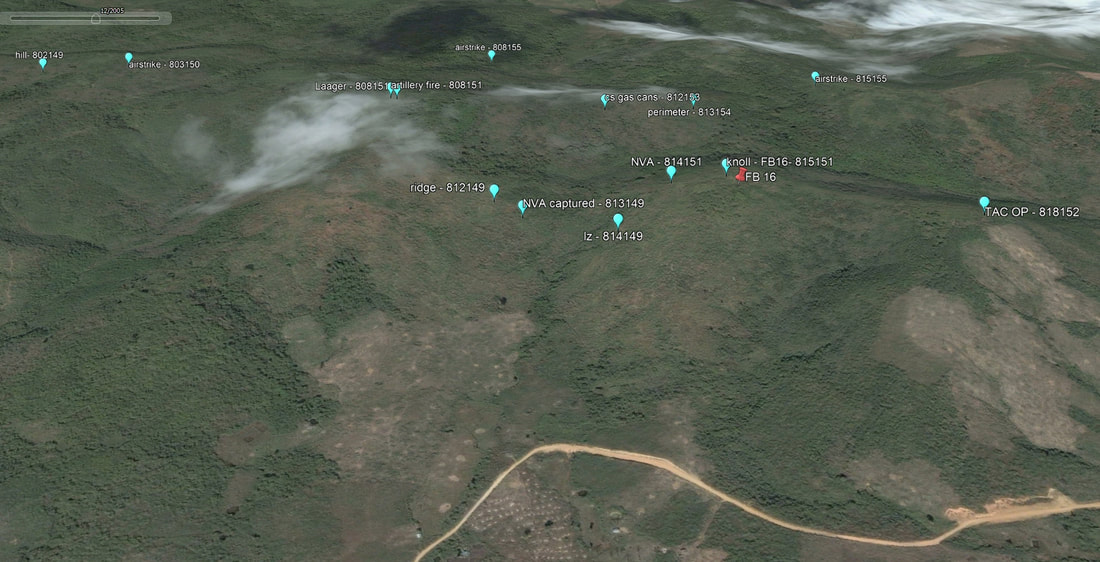 Area of operations detailed in the reports, above.  This image from 2005 still shows the heavy vegetation.  Bomb craters can still be seen.
Place marks include map coordinates from the after-action report. 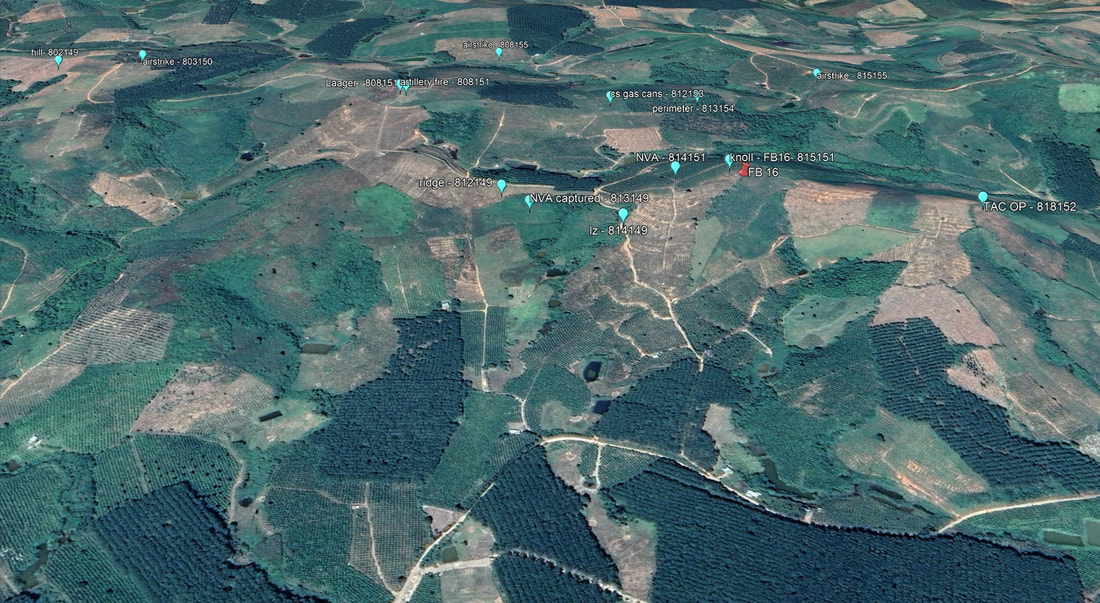 The same area as it appears today in 2022.  Only a few bomb craters can be seen now.
Action on Hill 875
Report by the US Army War College
The Battle for Hill 875, Dak To, Vietnam 1967
Notes:
This report has several diagrams and maps that show the progress of the battle.
Newsletter of the 2nd Battalion, 173d Airborne Brigade, detailing the battle for Hill 875
Issue 47, November 2012
Notes:
This newsletter contains portions of the After-action Report.
Hill 742 is shown in a couple of photos.  It says the hill is northwest of Dak To.  Hill 875 area is southwest.  I can't find this hill 742. It may be Hill 724.
Not all photos were taken during this operation.  They are included to provide context.
​A few of the map coordinates are not correct.
This newsletter contains other reports and personal stories, including the War College report, above.
Newsletter of the 2nd Battalion, 173d Airborne Brigade, on the 52 anniversary of the Hill 875 battle, honoring the men.
Issue 89, Nov. - Dec. 2019
Here is a Google Earth image of Hill 875, looking to the northeast.  Firebase 16 is in the distance. 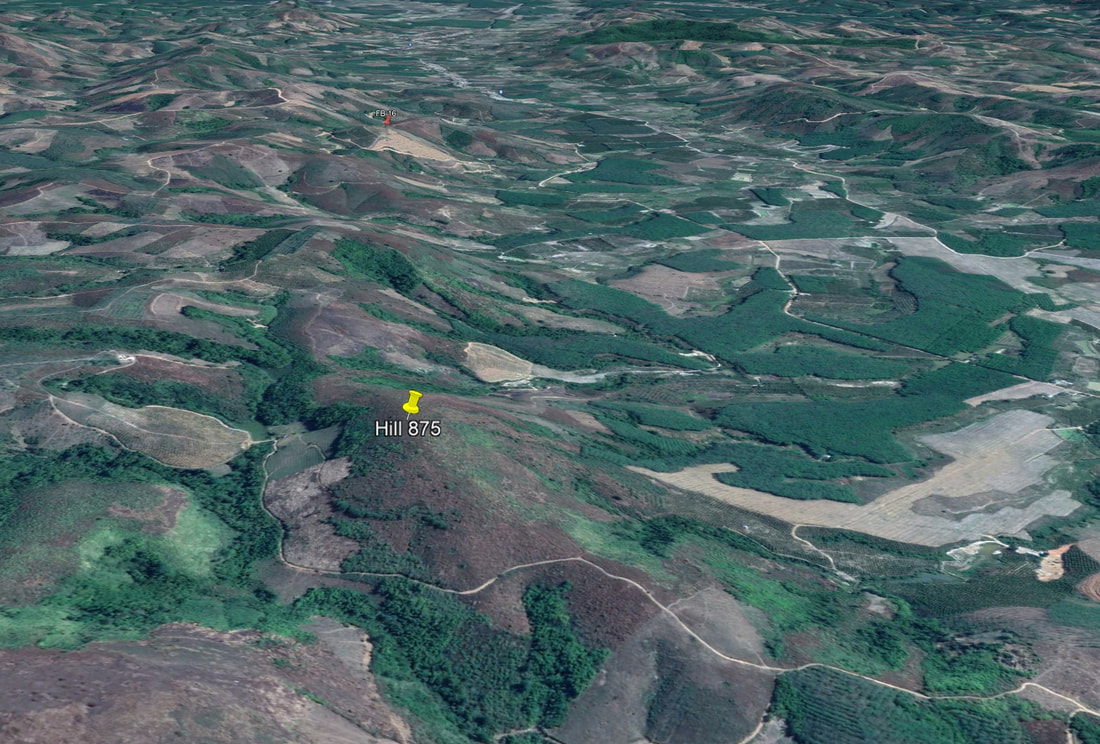 Google Earth image of HIll 875 as it looks now, in 2022.
In May, 2022, I found this post on the Facebook page for "in Vietnam: Helicopter War", by Cary Mendelshon, with photos that I assume were of the action on Hill 875.

Here is the text from his post:
Special Forces Association Chapter LX
November 19, 2021  ·
On this day in U.S. Army Airborne history....19 Nov 1967: Three companies of 2/503rd Airborne Infantry (173d Airborne Brigade) moved into jump-off positions from which to assault Hill 875, the battle for Dak To. Due to heavy enemy contact, three companies from the 4/503d were sent in the next day. The paratroopers took the hill on Thanksgiving Day at a cost of 115 killed and 253 wounded representing 1/5th of the total strength of the 173d. Former 5th SF Group commander, now a BG, Leo Schweiter, was in command of the 173d at this time.
In terms of the number of U.S. KIA's, the battle for Dak To was the largest of the war in Vietnam with 278 dead, more than Khe Sanh or Hue City.
For its combined actions during operations around Đắk Tô, the 173rd Airborne Brigade was awarded the Presidential Unit Citation.
---Mud

And here are the photos he posted, in the gallery below: 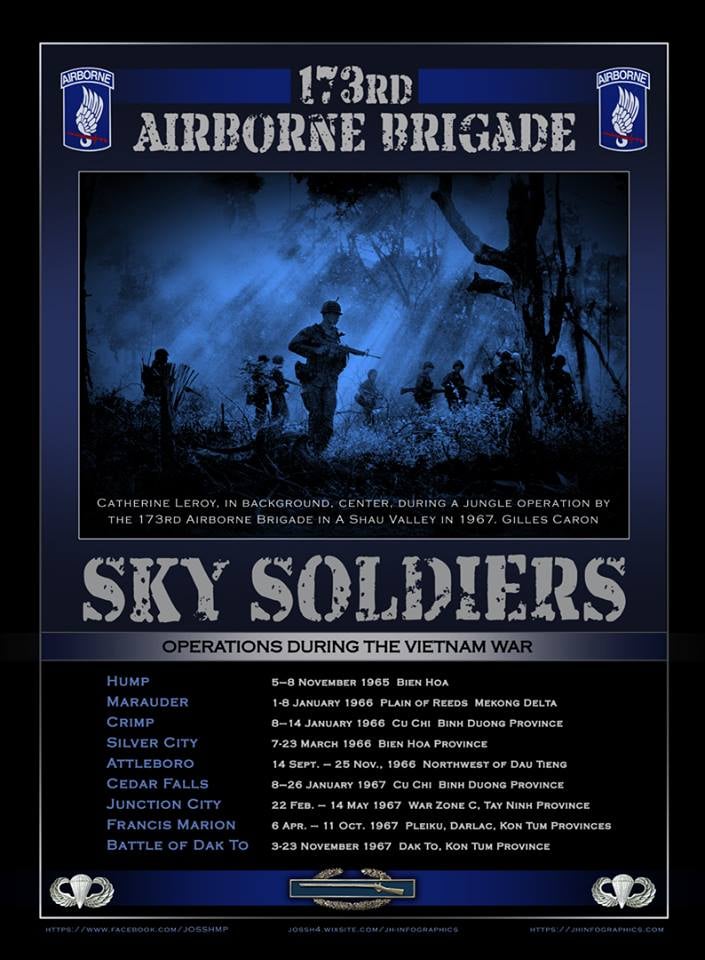 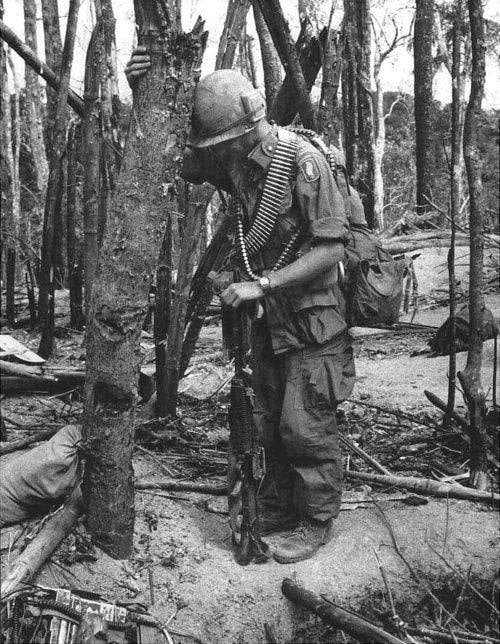 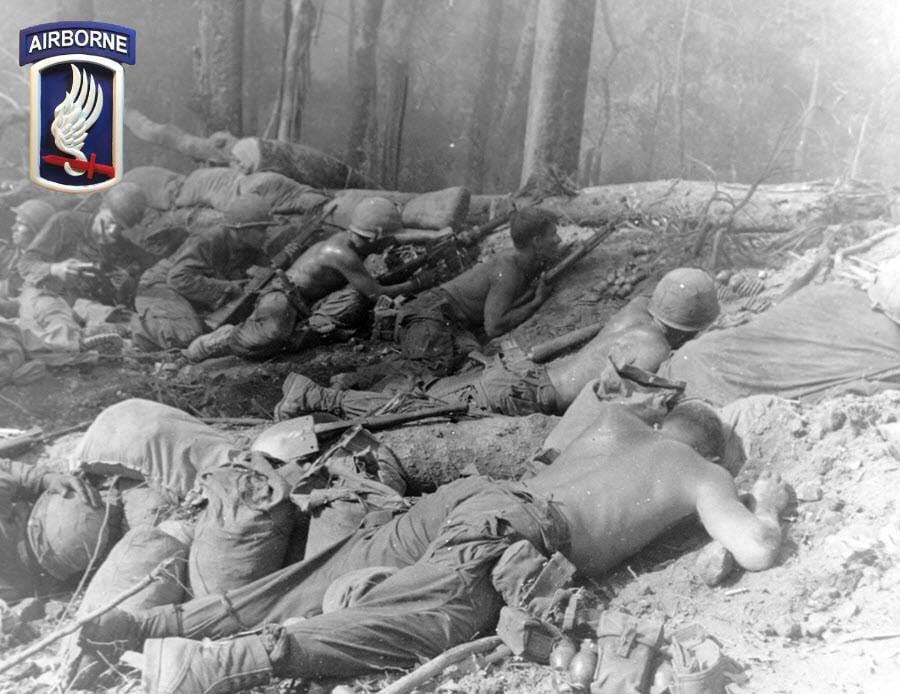 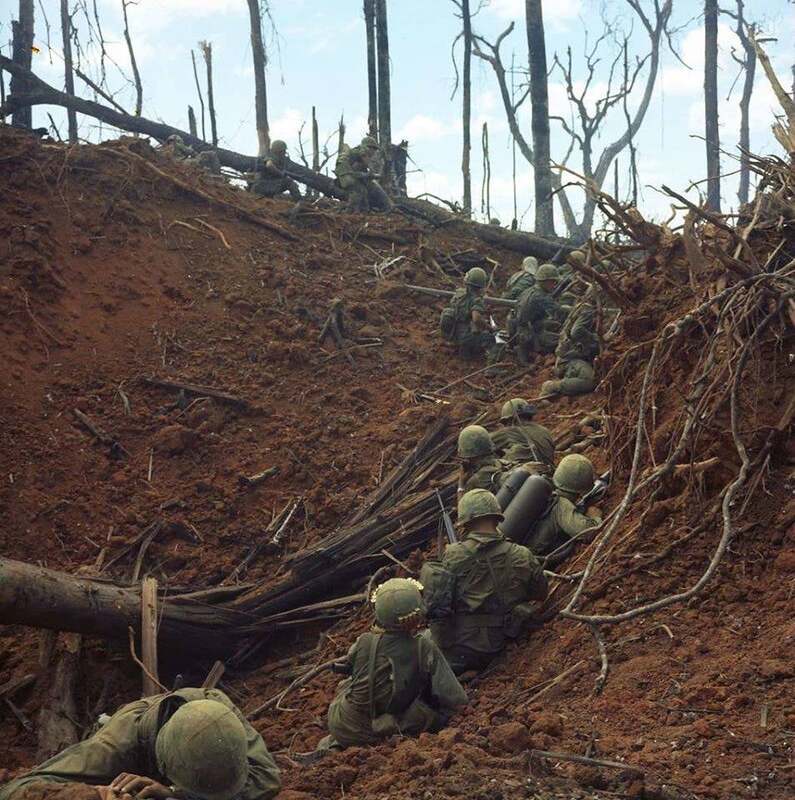 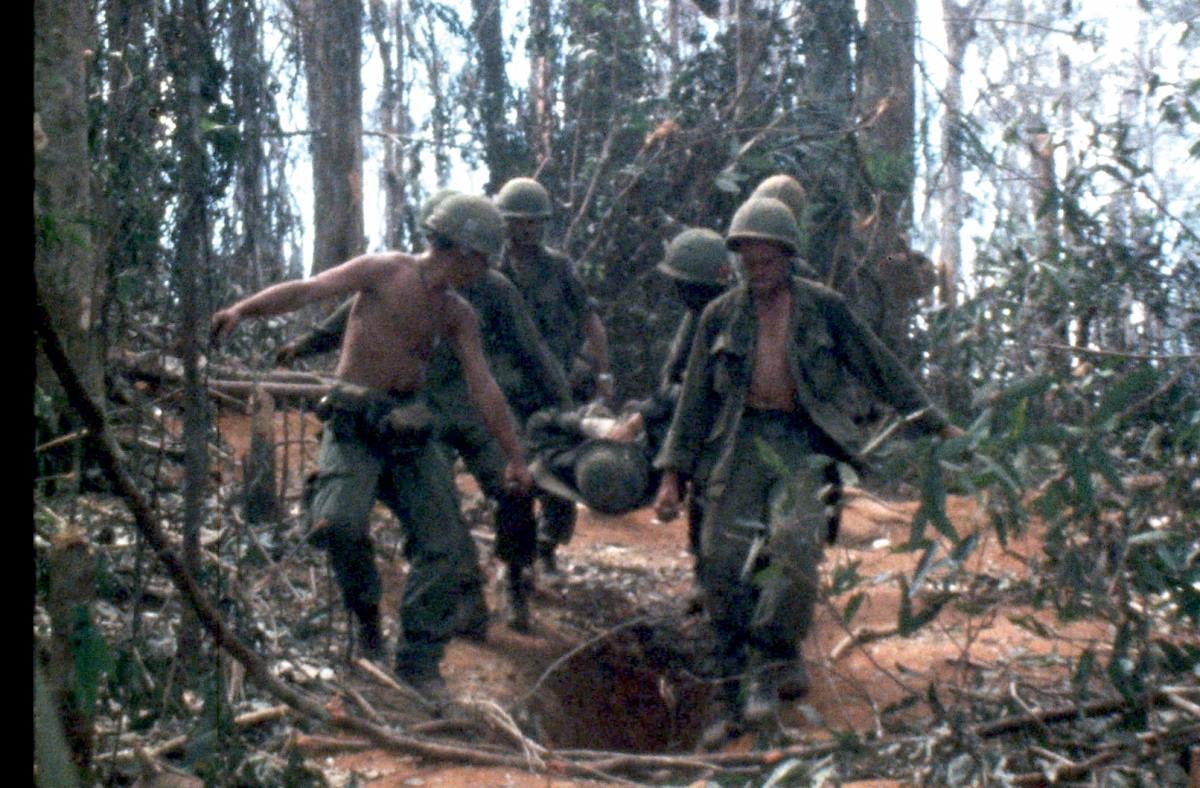 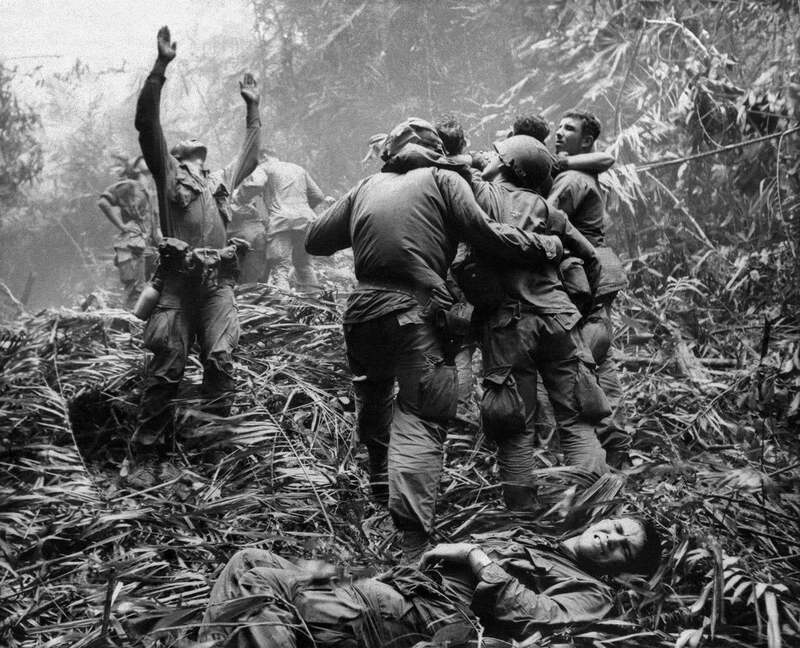 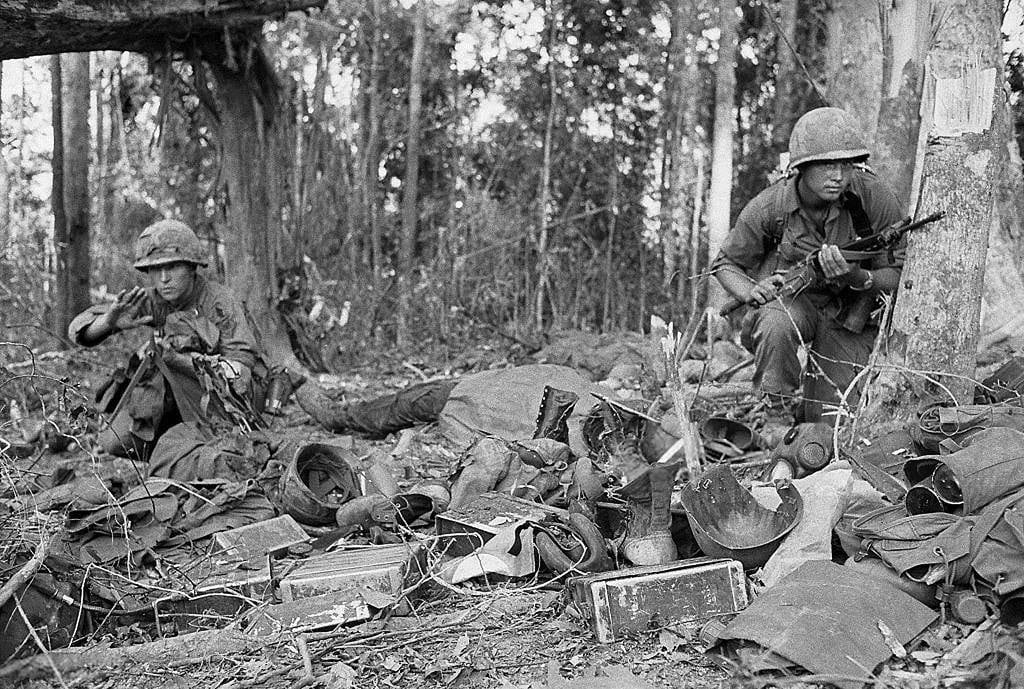 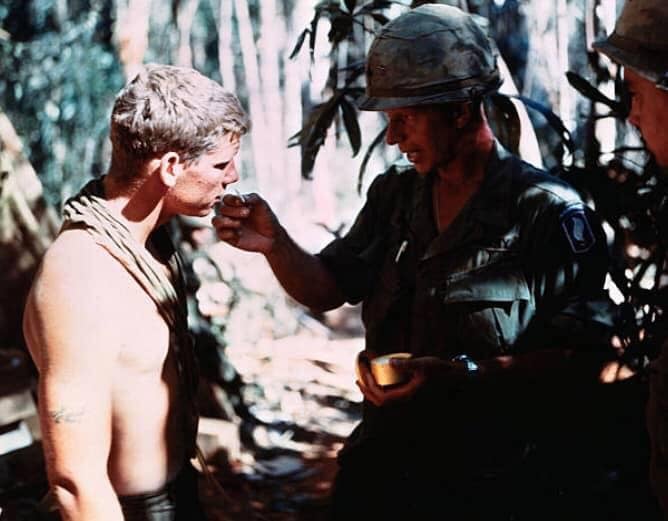 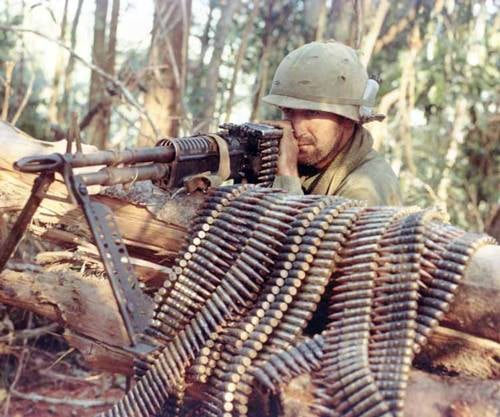 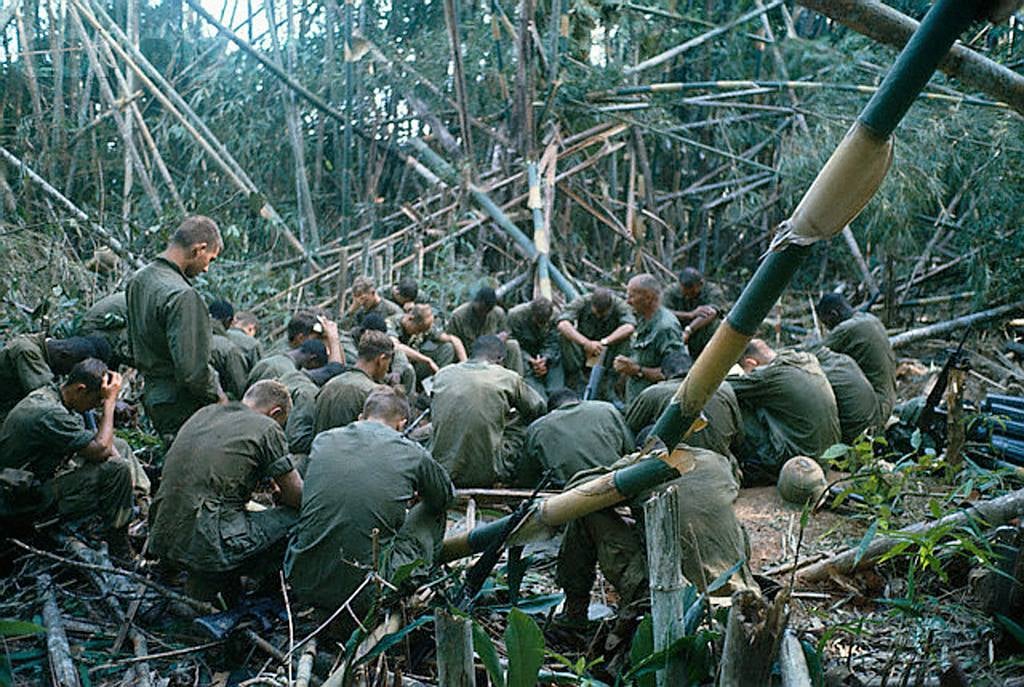 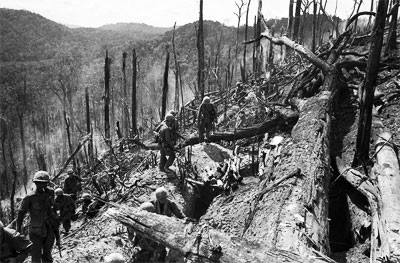 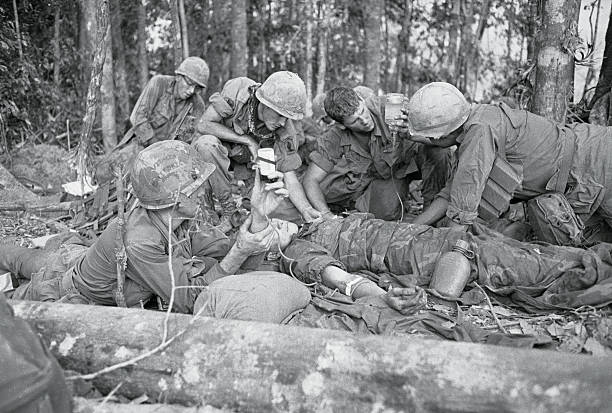 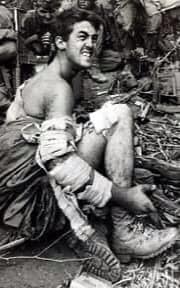